December 14
867 AD Adrian II was elected Roman Catholic pope. Adrian had difficulties with international politics. The eighth ecumenical council and the fourth Council of Constantinople took place during his reign. He died on this date in 872.
872 AD John VIII was elected Roman Catholic pope on the very day Pope Adrian II died. His pontificate was marked with political intrigue, and he is believed to have been murdered by conspirators involved in a plot of local politics.
1503Nostradamus was born. Author of a collection of predictions in quatrains published in the book Centuries, Nostradamus gained fame in his lifetime when some of his prophecies appeared to come true. 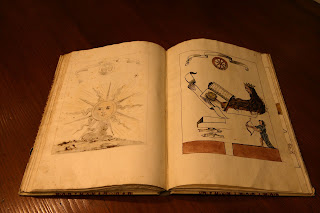 1542 Princess Mary Stuart became Queen Mary I of Scotland.
Posted by Mary Ann Bernal at 6:43 AM