On some calendars, it was on this day that Jesus returned from Egypt when He was a child.

475 Basiliscus became Byzantine Emperor, with a coronation ceremony in the Hebdomon palace in Constantinople.

532 the second Cathedral of Santa Sophia in Constantinople was destroyed by fire in the Nika insurrection. 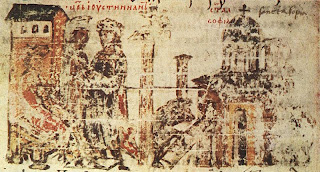 1539 the Treaty of Toledo was signed by King Francis I of France and Holy Roman Emperor Charles V whereby both parties agreed to make no further alliances with England. The treaty came after Henry VIII of England split with Rome and Pope Paul III.