250  Fabian who was created pope in 236, was martyred under the persecution of Decius.

1265 The first English parliament was held by Simon de Montfort in the Palace of Westminister (Houses of Parliament)and was attended by elected burgesses and knights. 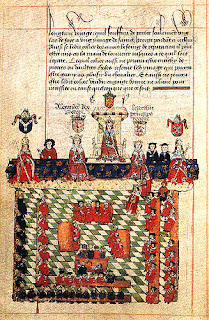 1327 Edward II of England was deposed by his eldest son, Edward III.

1523 Christian II was forced to abdicate as King of Denmark and Norway.

1649 Charles I of England went on trial for treason and other high crimes.
Posted by Mary Ann Bernal at 6:52 AM