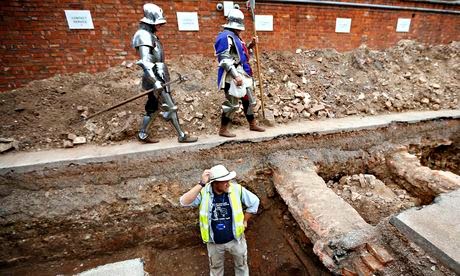 Leading academics claim there is no proof Leicester body with twisted spine belonged to the last Plantagenet, Richard III

Leading archaeologists have challenged one of the most sensational discoveries of the last century, insisting there is no proof that the man with the twisted spine found in a Leicester car park was really the last Plantagenet, Richard III. 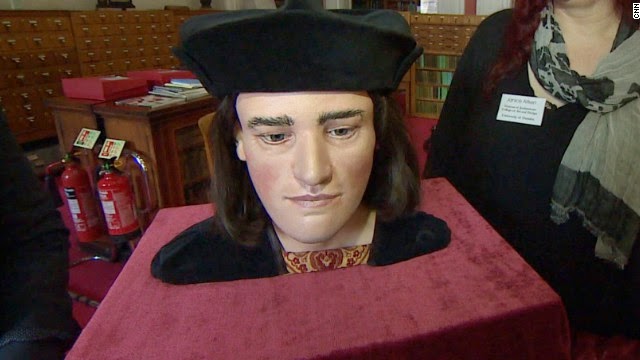 The news that Richard had been found, in the shallow grave where he had lain since the Battle of Bosworth in 1485, made headlines around the world. It was announced by Leicester University "beyond reasonable doubt", after a battery of tests on the bones they excavated in autumn 2012.
Martin Biddle, emeritus professor of medieval archaeology at Oxford, and Michael Hicks, head of history at Winchester University, claim that the DNA, radiocarbon dating and other tests, don't add up to any certainty that the bones are Richard's. The skeleton could be one of his many cousins through the 16 children borne by his grandmother Joan Beaufort, they suggest, or a contemporary who died of similar injuries.
In an interview with the BBC History Magazine, Hicks said that "lots of other people who suffered similar wounds could have been buried in the choir of the church were the bones were found".
Biddle said that the bones had been damaged and disturbed during the excavation, and called for the field records of the excavation to be made available. He also called for "something akin to a coroner's court" to consider all the evidence.
"How many burials were made there in the three centuries of the friary's existence and indeed after the battle of Bosworth? Without further excavation there is no way of knowing and hence no certainty about the burial that it has been claimed was that of Richard III."
Hicks said that radiocarbon, which dated the bones to the period of Richard's death, was an imprecise technique. " It will give you an era but nothing more. In this case it covers a period of 80 years."
He also queried the use of mitochondrial DNA, passed through the female line, to trace a relationship between Richard to two living relatives, including the London based furniture maker Michael Ibsen.
"Joan Beaufort had 16 children, which made her the ancestor of much of the nobility of the Wars of the Roses – quite a few of whom died violently in those conflicts. There is some scientific debate about the accuracy of matching mitochondrial DNA in this way, but even if it is precise in this case, I'd argue that it does not pinpoint these bones as Richard's."
Leicester University though, is standing by its man. Professor Lin Foxhall, head of the archaeology and ancient history department, and the historian on the Richard III team, said: "The identification of Richard III is not based solely on the DNA, radiocarbon and scoliosis evidence, but on a combination of many different lines of evidence, which analysed and evaluated together, all point in the same direction. Most of the possibilities raised by Professor Hicks have been considered and eliminated, and the radiocarbon dating is sufficiently precise to ascertain that the burial is not one belonging to a much earlier period in the life of the friary." She added that although much of the evidence is already on the university website more was still being published in peer-reviewed journals.
"We anticipate that these will address the issues raised by Professor Hicks and Professor Biddle, and if not they are, of course, at liberty to write academic papers presenting the evidence to support their views – that, after all is the purpose of academic debate, and how knowledge moves forward! We will make as much of the data as possible openly available in due course, but, as is normal academic practice, not until our research is fully published."
http://www.theguardian.com/uk-news/2014/mar/27/richard-iii-remains-leicester-doubt-car-park-academics