Was Life in Medieval Europe Dominated by a Fear of Purgatory? 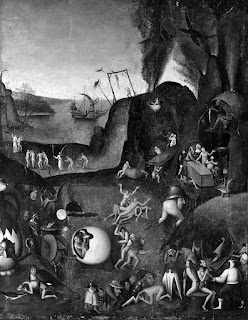 In Middle Ages Europe organised Christianity extended its reach into daily life through a growth in devout fervour, an ideological and sometimes military war against Islam and increased political power. The thought that after death one may suffer or linger in Purgatory due to one’s sins instead of going to Heaven was one such way the Church exercised power over believers.

The concept of Purgatory was established by the Church in the early part of the Middle Ages and grew more pervasive in the late period of the epoch. However, the idea was not exclusive to medieval Christianity and had roots in Judaism and counterparts in other religions. The idea was more acceptable — and perhaps more useful — than sin resulting in eternal damnation. Purgatory was perhaps like Hell, but its flames purified instead of consumed eternally.

The Rise of Purgatory: From Prayer for the Dead to Selling Indulgences
Temporary and purifying or not, the threat of feeling actual fire burn your body in the afterlife while the living prayed for your soul to be allowed to enter Heaven was still a daunting scenario. It was even said by some that certain souls, after lingering in Purgatory, would still be sent to Hell if not sufficiently purified come Judgement Day.

The Catholic Church officially accepted the doctrine of Purgatory in the 1200s and it became central to the teachings of the Church. Though not as central in the Greek Orthodox Church, the doctrine still served a purpose, especially in the 15th century Byzantine Empire, albeit interpretations of ‘purgatorial fire’ among Eastern Orthodox theologians were less literal.

By the late Middle Ages the practice of granting indulgences was associated with the interim state between death and the afterlife known as Purgatory. Indulgences were a way to pay for sins committed after being absolved, which can be carried out in life or while languishing in Purgatory.

Indulgences can therefore be distributed to both the living and dead so long as someone living pays for them, whether through prayer, ‘witnessing’ ones faith, performing charitable acts, fasting or by other means.

The practice of the Catholic Church selling indulgences grew substantially during the late Medieval period, contributing to the perceived corruption of the Church and helping to inspire the Reformation. 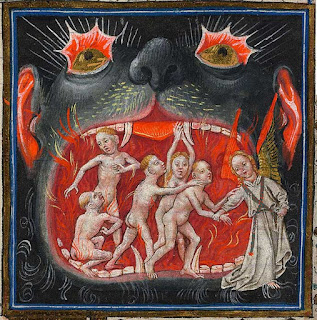 Miniature depicting angels leading souls from the fires of Purgatory, circa 1440. Credit: The Hours of Catherine of Cleves, Morgan Library & Museum

Since even a forgiven sin required punishment, dying with outstanding punishments or owing devotional acts to make up for the sin was an ominous prospect. It meant a purging of sins in the afterlife.

Purgatory was depicted in medieval art — specifically in prayer books, which were packed with images of death — as more or less the same as Hell. In an environment so preoccupied with death, sin and the afterlife, naturally people became more devout in order to avoid such a fate.

The thought of spending time in Purgatory helped fill churches, increased the power of the clergy and inspired people — largely through fear — to do things as diverse as pray more, give money to the Church and fight in the Crusades.

Graham Land
Graham is an editor and contributor at Made From History. A London-based writer originally from Washington, DC, he holds a master's degree in Cultural History from Malmö University in Sweden.
Posted by Mary Ann Bernal at 2:00 AM