An Interview with author Bill Jones 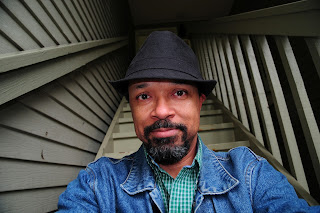 Welcome to Meet The Author! Today Bill Jones has stopped by to give us a little insight into his life and his books.  So let’s get started.

When did you start writing?
I first started writing poetry shortly after I finished college. I had met a number of artists, poets and musicians, and despite my accounting degree, realized I was more like them than any of the business students. I had a number of poems published, but then stopped in the name of being “responsible.” Corporate America called, and I went running.

In 2006, I started blogging, after winning a laptop in an essay contest. Again, I met writers, and realized I had been suppressing who I was. I began writing feverishly. In 2009, mostly to stop thinking about my impending divorce, I decided to try Nanowrimo. I was hooked. Not only did I finish my first novel, I wrote the second one immediately afterward.

What projects have been published?
I have published two books so far. They are books one and two of my fantasy adventure, “The Stream.” In the first book, “Discovery,” we meet Charlie and Robin, two tweens who discover they have the ability to walk in others’ dreams. It’s a story about love, perseverance, innocence, battles with evil denizens of the dream world, and of course, dragons. I also published the sequel, “Awakening,” wherein Charlie and Robin find themselves in an all-out battle against evil.

Tell us about “Hard as Roxx.”
It stars Roxanne “Roxx” Grail, a single mother of two daughters in the year 2137. She lives in a post-Apocalyptic earth, where the world’s population has been altered by disease, famine, and the collapse of central governments. Roxx has given birth to a second child, in a world where having more than one child is both impossible, and illegal. There have been no second children in decades. The penalty is simple: death – for the child, and the mother.

Now, Roxx must reach the safety of the icy north, in what was once Europe. However, getting there is only part of the problem; remaining safely tucked away is quite another. Roxx, however, is determined to meet the challenge. For her there is but one way to survive: any way you can.
Despite the theme, it is NOT a depressing tale of how crappy the world can be. Rather, it will be a tale of redemption, of hope, of facing obstacles head-on.

How did you select the title of your novel?
Frankly, I just became tired of weak female leads. I wanted a name that sounded strong, and Roxx immediately came to mind. Roxx is hard-as-nails, except with her family. Think of Clint Eastwood’s Man with No Name, except prettier, and quite feminine. I liked the duality of a woman who is ferocious with enemies and nurturing with her daughters.

What was your inspiration?
Believe it or not, the entire idea for the book came to me while watching the video for “Do It Like a Dude,” by Jessie J. I saw the video, and began wondering what a world would be like if there was a female lead like the character Jessie J plays in the video. Quickly, one thing led to the next, and the entire plot of the story came in days. (I wish the writing had too.)

What do you like to do in your free time when you're not reading or writing?
I like to count the millions I make from self-publishing my books. Then I wake up, grab my cameras, and shoot whatever is there. I also love hiking, so I combine the two, and do a lot of street photography.

Do you have any advice for other authors?
Writing is not a linear exercise. Whether you are dealing with a single piece, a novel, or your entire life’s work, the process ebbs and flows. The ideas come in a rush, they slow, then drift away. You make progress; you face erosion. They love you one minute, and critique you the next. However, that is all part of the process. You will get where you need to be with faith and perseverance. And when you reach those points where you want to quit – do so. Because if you are a writer, truly a writer, that feeling will fade. It is just a wave, clearing you of the debris left by others. Writers write. It is who we are, and we can be nothing else.

And finally, can you tell us some fun facts about yourself, such as crossed skydiving off my bucket list.
Let’s see: I used to sound like Barry White (when I talked, not when I sang). But I’ve had 7 throat surgeries (or 6, or 8, I lost count) and now I sound more like Louis Armstrong on some days.
I have been married and divorced twice, but have never spent a single penny on a lawyer. I estimate 95% of my friends in my life have been women. I have no idea why women like being my friend so much.

I walk pretty fast, something like 4 mph. Often, when I’m approaching someone younger than me, they speed up, so the old guy won’t pass them. But I’m competitive, so I pass them anyway.

I went to South Africa, Zambia, England, Austria, Mexico, and several other countries and never took a camera. I thought it would make me remember it better. I’m odd. I was also incorrect. I took my camera to the Caribbean, however. (They have beaches.)

I once had a job as a scallop shucker. I quit at lunchtime; my shoes stank so much, I had to throw them away.

In grad school, I tutored two classes I had never taken. None of my students got lower than a “B.” I needed the money.

My foot rubs will make you fall asleep. That’s how I landed my first girlfriend.

To find out more about Bill Jones, please visit his website: 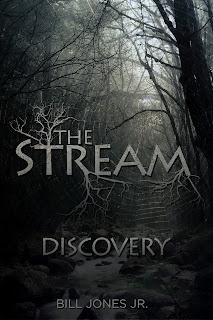 “Discovery” is on sale on Amazon here: http://www.amazon.com/dp/B005NL83I2 or from Lulu at  http://www.lulu.com/spotlight/billatbilljonesjrdotcom.

“Awakening” is available here: http://www.amazon.com/Awakening-The-Stream-ebook/dp/B007KD2DUU .     Both are available in ebook and paperback format. 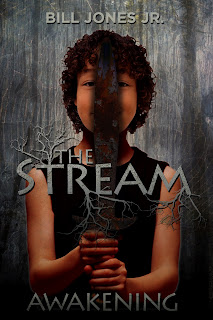