http://www.blogtalkradio.com/mackenzie1/2013/04/14/author-mark-barry-live-from-england
Mark Barry, author of “Hollywood Shakedown”, “Ultra Violence” and “Carla”, is a Psychologist and writer whose main interest focuses on relationships between people. He has been writing since he was twenty one, having his first piece published in 1986. He has written extensively on a variety of topics including, horse racing, football, personality disorders and human relationships. Influenced by the great playwrights and screenwriters, much of Mark’s work transpires in dialogue. He deplores exposition and, in his fiction, leaves the reader in a state of nervousness more than he probably should. Mark has had an extensive career as a professional project designer and bid writer, having accrued over £20m for groups and organisations working with disadvantaged people. An ex-lecturer, Mark designed and delivered the UK’s first ever course in Criminal Psychology in 1997. Much of this work infils his fiction: Psychopathy and Borderline Personality Disorders are featured heavily in “Carla”, for example. Currently, Mark is a full time fiction writer and freelance blogger. He has been interviewed on several Radio talk shows where he has given readings of his work. His work has been featured in The Sun and Daily Mail and he has also been interviewed on Television. Mark resides in Southwell, Nottinghamshire with his teenage son. 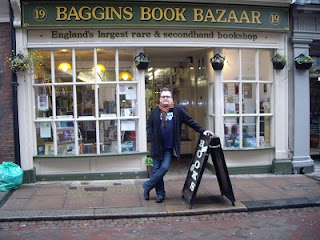