The Briton and the Dane: Legacy - audiobook now available 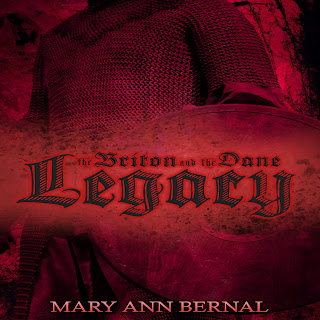 The Briton and the Dane: Legacy
Narrated by traveling bard, Sebastian Lockwood
Author of the acclaimed The Trickster's Tongue

Whispered by the wise and the learned. Talked of in hushed tones round luminous firesides. Engraved by awestruck scribes in the scriptoria of the Chronicles. Against all the odds, great King Alfred defeated a vastly superior Danish army outside Chippenham.

This victory, the sages prophesied, would guarantee peace throughout the land. Or so they thought.

Two years later, Rigr the Bastard, vengeful and seeking to claim his birthright, was defeated in the wilds of East Anglia. His blood smeared berserker warriors vanquished; no quarter asked for - no quarter given.

Now, a further two years later, the Vikings return. Noble Prince Sven instigates a seaborne invasion, fueled partly by blind rage when he discovers that his brother, Prince Erik, has sworn fealty to the Anglo-Saxon king.

His own brother: A traitor and a fool.

Erik’s love, Lady Gwyneth, attempts to stop the invasion before it starts by uniting the two estranged brothers, but her scheming only succeeds in making matters worse. Indeed, her interference guarantees the death of thousands of warriors in the freezing, tumultuous North Sea.

So when the horns of Sven’s monumental fleet of warships are heard off the fogbound coast of Britannia, King Alfred – outnumbered, outshipped and weary of the fray - must rouse his jaded Saxon warriors and lead them to sea, to repel his most formidable enemy yet.

For a host motivated by the spilled blood of the fallen, the spirit of black vengeance, and the delights of a warrior’s reward in Valhalla, is the most fearsome opponent of all.

Alfred. Sven. Erik. Gwyneth. Amidst the ferrous reverberation of a battle royale - one or all must die, and the fate of a nation hangs in the balance, one final time.

Posted by Mary Ann Bernal at 1:30 AM No comments: