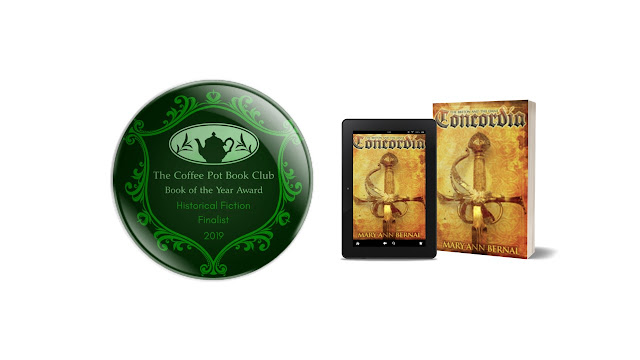 Email ThisBlogThis!Share to TwitterShare to FacebookShare to Pinterest
Labels: Alfred the Great, book of the year, Fiction, finalist, Mary Ann Bernal, Medieval, middle ages, The Briton and the Dane Concordia 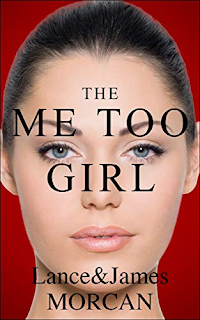 Young Los Angeles public relations exec Suzie Fox is being blackmailed for sex by a bad cop, a senior officer of the LAPD no less. Suzie fights back the only way she knows how, and, in the process, unwittingly becomes a beacon, a shining light, for America's Me Too movement and for abused women everywhere. But will justice be served?

The father-and-son team's published books include the new release horror Silent Fear (A novel inspired by true crimes) and the bestselling historical adventures White Spirit and Into the Americas. They also have several series on the market including The Orphan Trilogy, an international thriller series, the globetrotting action-romance series The World Duology, and the controversial non-fiction franchise The Underground Knowledge Series. An additional non-fiction title, Debunking Holocaust Denial Theories was written in collaboration with Holocaust survivors to document the genocide.

The Morcans' production company Morcan Motion Pictures has a number of feature films in early development, including adaptations of Silent Fear, Into the Americas and White Spirit. It is also developing Underground Knowledge into a TV series.

Lance is currently revising his solo-written novel New Zealand, an epic historical adventure spanning 500 years of South Pacific and Polynesian history. Including research, writing and life's distractions, this novel has been over a decade in the making.

Morcan's published titles include the new release horror Silent Fear (A novel inspired by true crimes) and the bestselling historical adventures White Spirit and Into the Americas. He also has several series on the market including The Orphan Trilogy, an international thriller series, the swashbuckling action-romance series The World Duology, and the controversial non-fiction franchise The Underground Knowledge Series. An additional non-fiction title, Debunking Holocaust Denial Theories, was written in collaboration with Holocaust survivors to document the genocide. These titles were all co-authored with his father Lance Morcan and published by Sterling Gate Books. Their production company, Morcan Motion Pictures, is developing Silent Fear into a feature film and Underground Knowledge into a TV series.

James' most recent acting performance was a leading role in the post-Apocalyptic feature film After Armageddon which he also wrote. The dystopian adventure film was shot in rural Australia and Morcan co-starred with Berynn Schwerdt (Wyrmwood). Other leading roles include the OZ-Bollywood productions My Cornerstone and Love You Krishna. Morcan also wrote the screenplays for both features which were filmed in Sydney and Mumbai and incorporated English and Hindi languages.

Additional productions he has performed in include a BBC TV series, several indie features and a live stadium production of Ben Hur headlined by Academy Award winner Russell Crowe. To date, his feature films have screened at cinemas in New Zealand, India, Australia, Italy, and Cannes.


Posted by Mary Ann Bernal at 8:43 AM No comments: