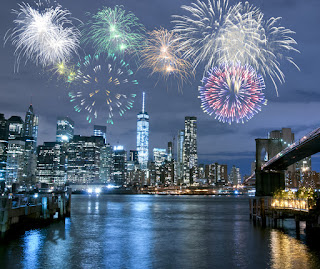 In the Gregorian calendar, New Year's Eve (also known as Old Year's Day or Saint Sylvester's Day in many countries), the last day of the year, is on 31 December which is the seventh day of Christmastide.
In many countries, New Year's Eve is celebrated at evening social gatherings, where many people dance, eat, drink alcoholic beverages, and watch or light fireworks to mark the new year. Some Christians attend a watchnight service. The celebrations generally go on past midnight into New Year's Day, 1 January.
Samoa, Tonga and Kiritimati (Christmas Island), part of Kiribati, are the first places to welcome the New Year while American Samoa and Baker Island in the United States of America are among the last.
Wikipedia 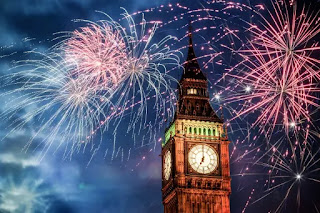 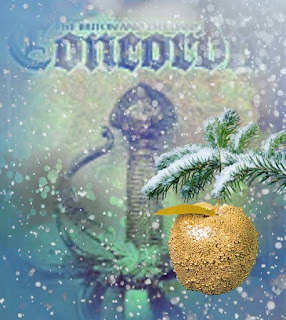 Author Mary Ann Bernal is participating in the 2nd Annual Smashwords End of Year Sale (December 25, 2018 - January 1, 2019). All her novels and short story collections are available at either a reduced price or are free. Why not stop by her profile page and have a look? Click here to find all of Mary Ann Bernal's works. 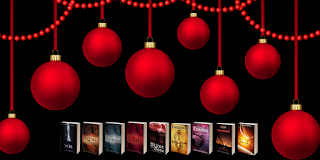 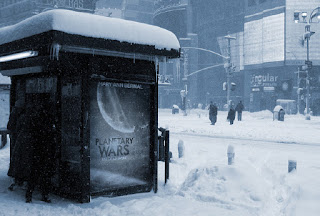 Christmas celebrations: the old versus the new 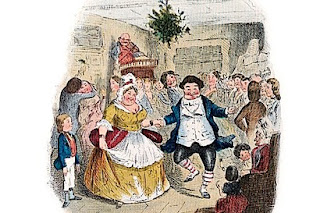 Professor Arthur Purdue takes a look at our fascination with 'Christmas past' and how the celebration has evolved since Victorian times.

Email ThisBlogThis!Share to TwitterShare to FacebookShare to Pinterest
Labels: Christmas

The Coffee Pot Book Club: #BookReview — The Briton and the Dane: Timeline by Mary Ann Bernal

The Coffee Pot Book Club: #BookReview — The Briton and the Dane: Timeline, b...: 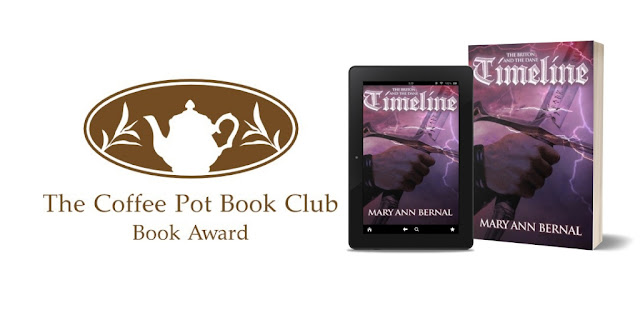 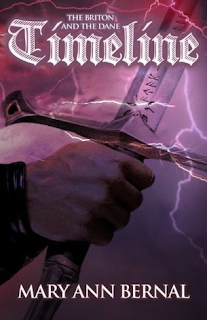 Dr. Gwyneth Franger, a renowned expert in early medieval England, is set upon learning the truth about the death of Lord Erik, the last descendant of the powerful House of Wareham. Her quest becomes an obsession, a condition that began with the discovery of a portrait of the tall and valiant warrior. Digesting troves of mildewed scrolls and source documentation only enhances her belief that Lord Erik was brutally assassinated by a cabal of traitors in the pay of William the Bastard, shortly before the onslaught of the Norman Invasion.

On an archeological dig in Southern England, Dr. Franger finds herself transported back to the Dark Ages and at the side of the noble Lord Erik who commands an army of elite Saxon warriors. Witnessing the unrest firsthand, Gwyneth senses that her instincts had been right all along, and she is determined to learn the identities of the treacherous blackguards hiding in the shadows, villains who may well be posing as Lord Erik’s friends and counselors.

Gwyneth knows it is wrong to stop the assassins, but isn’t sure she can find the strength to walk away and watch her beloved Erik die. Will she intervene, change the course of history and wipe out an entire timeline to save the man she loves? 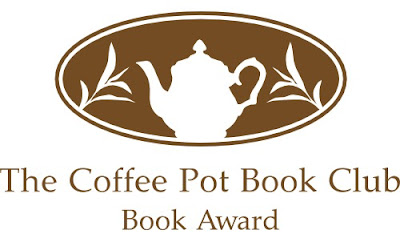 A love story across the centuries…

Unrequited love takes on a whole new meaning for medieval historian, Dr Gwyneth Franger. But her love is no ordinary love, for it is a longing from deep within her soul. Gwyneth is drawn inexplicably towards Lord Erik, an 11th Century Anglo-Saxon noble. Infuriatingly for Gwyneth, the sources of this time are few and far between. However, Gwyneth has discovered that Erik was brutally murdered just before Edward the Confessor’s death. Like a detective, Gwyneth is determined to discover who ordered Erik’s assassination and more importantly, who carried it out.

Gwyneth’s research takes an interesting twist when she finds herself transported to 11thCentury England where, much to her delight, she finds Erik waiting for her. Now that she is here, maybe she can solve the riddle and save the love of her life from a gruesome death.

The premise of the story was fabulous. Two souls seeking each other out through the centuries is enough to get any romantic heart fluttering. When Gwyneth falls through time and finds herself in the very era that she has spent years researching I had high hopes that her dream would come true and she would finally meet the man who she is so hopelessly in love with.

Gwyneth is a fabulous protagonist. She is a single-minded and strong woman, who I could not help but admire. Bernal has obviously spent a lot of time imagining how a very modern woman would react to a medieval way of life. Gwyneth reacts, as one would expect. I thought Gwyneth was wonderfully portrayed and I enjoyed reading about her.

This story is set firmly in historical fantasy, but Bernal has decided to follow the timeline of this era to give her readers a magnificent backdrop in which to place her characters. This worked incredibly well, especially when tied in with the time-travel theme. Gwyneth was not hampered by a lack of understanding with the Anglo-Saxon tongue, and the narrative was perfect for a modern reader who may find many of the historical details and customs of this era somewhat foreign.

Bernal is very good at crafting tension, and this book is full of it. Like Gwyneth, I wanted to know who was behind the plot to murder Lord Erik. The enemy always seemed to be one step ahead of them, which I think made this story compelling and it certainly kept me turning those pages. Running alongside this is the beautiful romance between Gwyneth and Erik.

This is book five in the series. I have not read the other four books, but this did not hinder my enjoyment one bit. The Briton and the Dane: Timeline stands firmly on its own feet.

The ending was fabulous and as wildly romantic as the rest of the story.

If you are looking for a romantic historical fantasy, where anything is possible, then this is the book for you.

Posted by Mary Ann Bernal at 3:08 PM No comments: