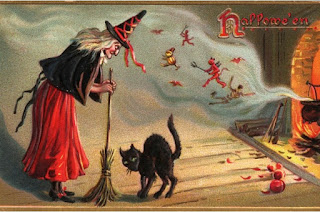 With the ‘trick or treat’-ing season upon us, Dr David Clarke of Sheffield Hallam University, an expert on British folklore, investigates the origins of this eerie autumn festival…

1) Most people believe 31 October is an ancient pagan festival associated with the supernatural. In fact, it has religious connotations – although there is disagreement among historians about when it begun. Some say Hallowtide was introduced as All Saints’ Day in the 7th century AD by Pope Boniface IV, while others maintain it was created in the 9th century AD by Christians to commemorate their martyrs and saints.
In medieval Britain, ‘Halloween’ was the eve of the Catholic festival All Saints or All-Hallows (from Old English ‘Holy Man’) on 1 November, and was followed by the feast of All Souls on 2 November.
2) The tradition of carving a face on a turnip or swede (and more recently pumpkin), and using these as lanterns seems to be a relatively modern tradition. On the last Thursday in October, children in the Somerset village of Hinton St George carry lanterns made of mangel-wurzles (a type of root vegetable). The light shines through a design etched on the skin. They are carried around the streets as the children chant: “It’s Punky Night tonight, It’s Punky Night tonight, Give us a candle, give us a light, It’s Punky Night tonight.” 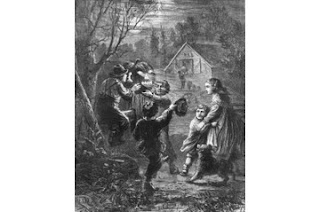 c1867: Magazine illustration of a group of children putting an illuminated Jack-o-Lantern on a farm fence post on Halloween night. Engraving titled ‘The Pumpkin Effigy’. (Photo by American Stock/Getty Images)
3) Much of the modern supernatural lore surrounding Halloween was invented as recently as the 19th century. Scots and Irish settlers brought the custom of Mischief Night visiting to North America, where it became known as ‘Trick or Treat’.  Until the revival of interest in Halloween during the 1970s, this American tradition was largely unknown in England. The importation of ‘Trick or Treat’ into parts of England during the 1980s was helped by scenes in American TV programmes and the 1982 film E.T.
4) There is no evidence the pagan Anglo-Saxons celebrated a festival on 1 November, but the Venerable Bede says the month was known as ‘Blod-monath’ (blood month), when surplus livestock were slaughtered and offered as sacrifices. The truth is there is no written evidence that 31 October was linked to the supernatural in England before the 19th century.
5) In pre-Christian Ireland, 1 November was known as ‘Samhain’ (summer’s end). This date marked the onset of winter in Gaelic-speaking areas of Britain. It was also the end of the pastoral farming year, when cattle were slaughtered and tribal gatherings such as the Irish Feis of Tara were held. In the 19th century the anthropologist Sir James Frazer popularised the idea of Samhain as an ancient Celtic festival of the dead, when pagan religious ceremonies were held.
6) The Catholic tradition of offering prayers to the dead, the ringing of church bells and lighting of candles and torches on 1 November provides the link with the spirit world. In medieval times, prayers were said for souls trapped in purgatory on 1 November. This was believed to be a sort of ‘halfway house’ on the road to Heaven, and it was thought their ghosts could return to earth to ask relatives for assistance in the journey.

This lithographic Halloween postcard was published c1910 in New York City. (Photo by Transcendental Graphics/Getty Images)
7) Popular Halloween customs in England included ‘souling’, where groups of adults – and later children wearing costumes – visited big houses to sing and collect money and food. Souling was common in parts of Cheshire, Shropshire, Lancashire and Yorkshire on 1 and 2 November. In parts of northern England, special cakes were baked and left in churchyards as offerings to the dead.
8) Until the 19th century, bonfires were lit on Halloween in parts of northern England and Derbyshire. Some folklorists believe the enduring popularity of Guy Fawkes bonfires on 5 November may be a memory of an older fire festival, but there is a lack of written evidence for these in England before the late 17th century.
9) Love divinations on Halloween spread to England from Scotland as a result of the popularity of Robert Burn’s poem Halloween in Victorian times. One love divination mentioned by Burns includes placing hazelnuts in the fire, naming one for yourself and the other for your partner. If they burned gently and then went out, this indicated a long and harmonious life together; if they coughed and spluttered or exploded, this was a sign of problems ahead.


Apples were also used for divination purposes: the skin was thrown over the shoulder, or the fruit floated in water or hung upon strings, to be seized by the teeth of the players. 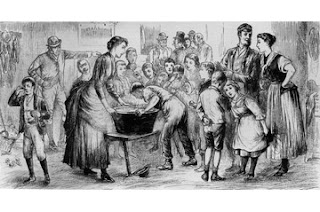 31 October 1886: Irish Halloween celebrations, including the party game ‘bobbing for apples’. (Photo by Hulton Archive/Getty Images)
10) The idea of Halloween as a festival of supernatural evil forces is an entirely modern invention. Urban legends about razor blades in apples and cyanide in sweets, hauntings by restless spirits and the use of 31 October as the date of evil or inauspicious events in horror films, reflect modern fears and terrors.
Every year Halloween provokes controversy and divides opinions: most people see it as just as a bit of harmless fun, but modern witches say it marks an ancient pagan festival, while some evangelical Christians claim it is a celebration of dangerous occult forces. This explains why folklorist Steve Roud calls it “the most widely misunderstood and misrepresented day in the festival year”.
Dr David Clarke is a senior lecturer in journalism at Sheffield Hallam University. He holds a PhD in English cultural tradition and folklore, and a degree in archaeology, prehistory and medieval history.
Posted by Mary Ann Bernal at 2:00 AM No comments:

Email ThisBlogThis!Share to TwitterShare to FacebookShare to Pinterest
Labels: Halloween 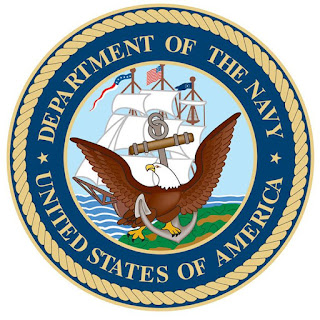 When the Continental Navy was initially formed it consisted of only two armed vessels that were tasked with disrupting munition ships supplying the British Army in America. Over the past two and a half centuries, the Navy has grown to become the largest, most advanced and most lethal fighting force the world has ever known.

In 1972, Chief of Naval Operations (CNO) Zumwalt designated Oct. 13 as the Navy’s official birthday, in order to “enhance a greater appreciation of our Navy heritage, and to provide a positive influence toward pride and professionalism in the naval service.”

The theme for the Navy’s 243rd birthday is “Forged by the Sea,” which represents the aspirational outcome of every Sailor’s journey in uniform. It conveys the notion that every Sailor is shaped and strengthened into a more capable version of themselves through Navy service. It also describes the Navy as a team that has been forged, tempered and toughened over 243 years of maritime dominance, while acknowledging the Navy’s unique and fundamental relationship with the sea. 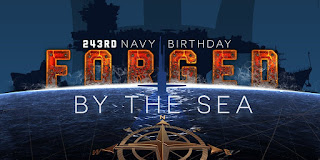 About The Briton and the Dane: Concordia by Mary Ann Bernal

Travel back in time to late Ninth Century Anglo-Saxon Britain where Alfred the Great governs with a benevolent hand while the Danish King rules peacefully within the boundaries of the Danelaw. Trade flourishes, and scholars from throughout the civilized world flock to Britannia’s shores to study at the King’s Court School at Winchester.

Meet Concordia, a beautiful noblewoman whose family is favored by the king. Vain, willful, and admired, but ambitious and cunning, Concordia is not willing to accept her fate. She is betrothed to the valiant warrior, Brantson, but sees herself as far too young to lay in the bedchamber of an older suitor. She wants to see the wonders of the world, embracing everything in it; preferably, but dangerously, at the side of Thayer, the exotic Saracen who charms King Alfred’s court and ignites her yearning passions.

About picking the topic:

My lifelong dream was to write a novel about Erik, the Viking, after having seen such Hollywood blockbusters as The Vikings, The Longships, and other period movies including King Arthur, and Knights of the Round Table. When it came time to put pen to paper, Alfred the Great’s reign was the perfect backdrop for my story.

About how The Briton and the Dane: Concordia differs from other books that cover the same or similar information;

The Briton and the Dane trilogy is an epic adventure, which includes several storylines with multiple characters. Concordia was three-years-old in the final novel of the original series.

In the offshoot story, Concordia has come of age in a turbulent era where women were expected to behave according to societal standards. Her story runs the emotional gamut of love and betrayal, and while her struggle may not be unique, her story is deeply personal and poignant.

The novel delves into Concordia's psyche where the reader witnesses her turmoil as she suffers the consequences of unwise decisions. Was Concordia's judgment clouded by emotion or was she a product of her environment?  Concordia picked up the gauntlet fearlessly, with an iron will to survive. If she were a man, would she have been judged differently? There were mitigating circumstances, after all.   Would you cut her some slack?  Whether you like her or not is irrelevant. Justice is rendered based upon facts, not emotion. What say the jury?

About what was liked most when writing this book:

I enjoyed shedding light on the reason why someone did what they did, right or wrong. It is easy to be judgmental without knowing the whole story. I understand Concordia, do you? 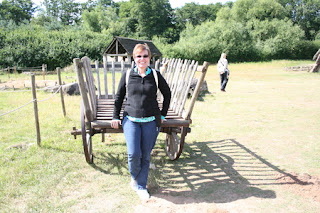 Mary Ann Bernal is a passionate supporter of the United States military, having been involved with letter writing campaigns and other military support programs since Operation Desert Storm.  She has appeared on The Morning Blend television show hosted by KMTV, the CBS television affiliate in Omaha, and was interviewed by the Omaha World-Herald for her volunteer work.