Secrets of the Viking hoard

Secrets of the Viking hoard – interactive

Plunder the British Museum’s Viking hoard, drink in hallucinogenic visions from middle earth and see a 1000-year-old magician’s box. As the new exhibition opens, our interactive gives you 360-degree close-ups of six of the best treasures on show. Turn them virtually in your hands with Jonathan Jones as your guide
• British Museum’s Viking show locates the original Scandinavian Noir 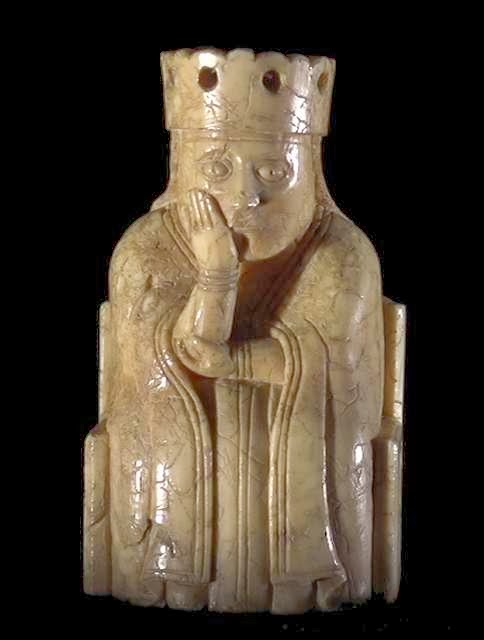 Late 12th century
The Lewis chessmen, found buried on the isle of Lewis in 1831, show not just the skill of the Vikings but also the sophistication of their lifestyle, for these warriors were also merchants and explorers who sailed as far as America and down the rivers of Russia. This chess queen resting her face on her hand in an expression of gloom was probably left on Lewis by a merchant sailing to Dublin, a Viking colony. Why's she so sad? Is she contemplating the vast Atlantic?

Late 10th century
Turn this little object (virtually) in your hand: it belonged to a Viking woman more than a thousand years ago. No one knows her name but she was probably a magician, for the treasures found in her grave at Fyrkat in Jutland also include animal charms, henbane seeds and a magician's staff. She would have taken the henbane seeds to induce a trance and see visions of Valhalla. She was buried with lots of expensive stuff like this brooch, so there must have been money in magic. 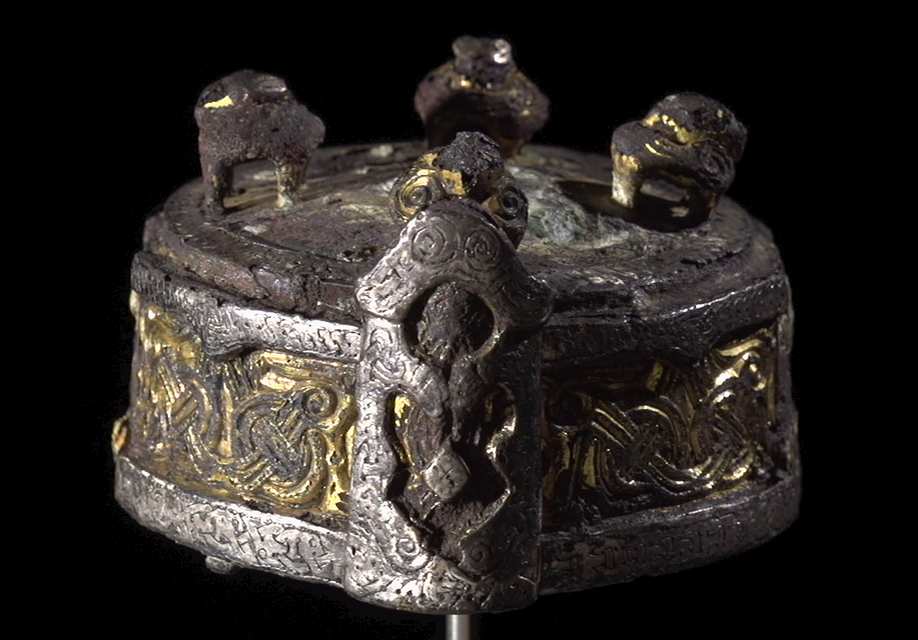 Revolve this silver cup slowly: you are entering the realm of the Viking gods. The knotted patterns suggest the dreams and visions that Vikings could get from swallowing hallucinogenic seeds or just getting massively drunk, which they did regularly. The female figures appearing out of the swirls are demons or spirits who connect the people of "middle earth" - the Viking term for our world, later reused by Norse expert JRR Tolkien - with the Aesir, as the gods Odin, Thor and their companions were known, and their enemies the giants. Unusually the Viking gods were mortal, doomed to die in battle like all true warriors. 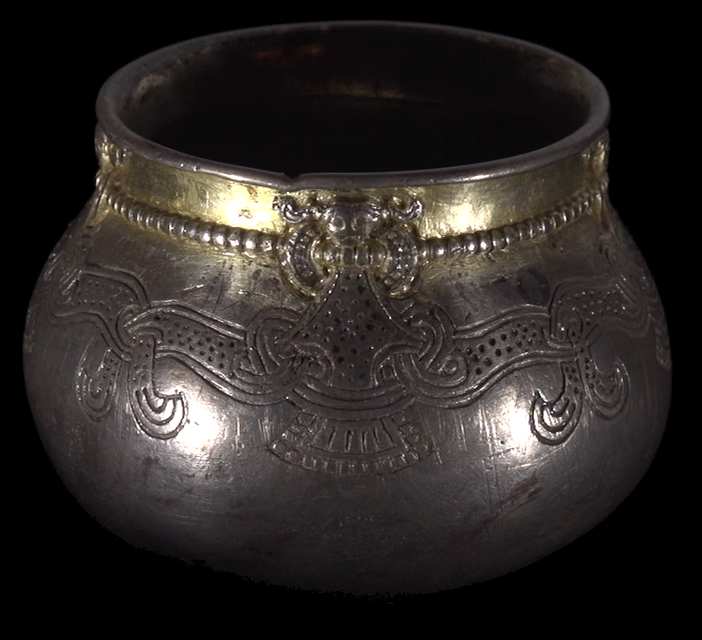 This ivory king was carved in Scandinavia when the age of the Vikings had given way to a more settled and ordered society. The Lewis chessmen portray that new medieval order with its enthroned king. Yet turn this renowned object around and you see the swirling, hypnotic patterns of an older, pagan world - the world of the Vikings. The artist preserved their myths and magic in these images of demonic serpents. 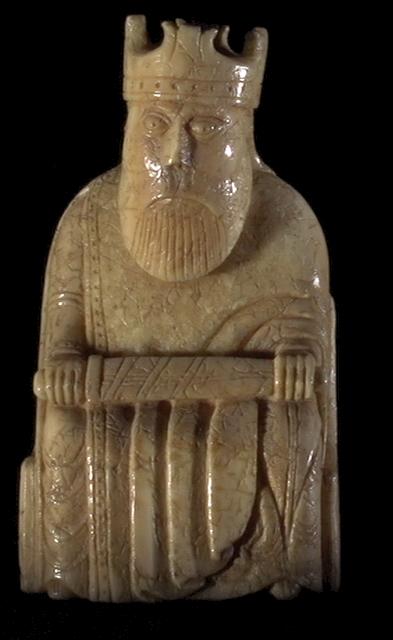 As you turn this elegant carved ivory flask around, its intricate patterns of foliage and Greek key-pattern "meanders" become more and more impressive. Portraits and animals fold into the tendrils of vegetation, adding to the layers of beauty. This is a refined work of art which the Vikings got from the eastern empire of Byzantium on their travels. Comparing it with their own creations, it seems so much more "civilised". But which is more fascinating - this or a Viking ship's snarling dragon figurehead? 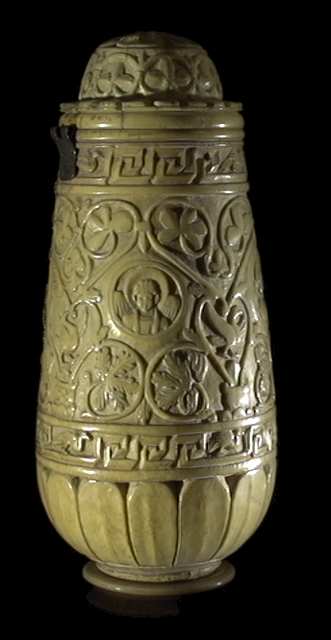 The Vikings loved to hoard. The patterns on this big cup, which twist and gyre ornately as you revolve it, were created in the Carolingian empire but a Viking used it to bury a hoard of silver and gold in the Vale of York. The cup was buried in the earth with the precious things inside it - they came from as far away as Afghanistan, proving how far the Vikings traded. In the Old English poem Beowulf, which is saturated with Viking lore, a dragon guards a hoard like this. 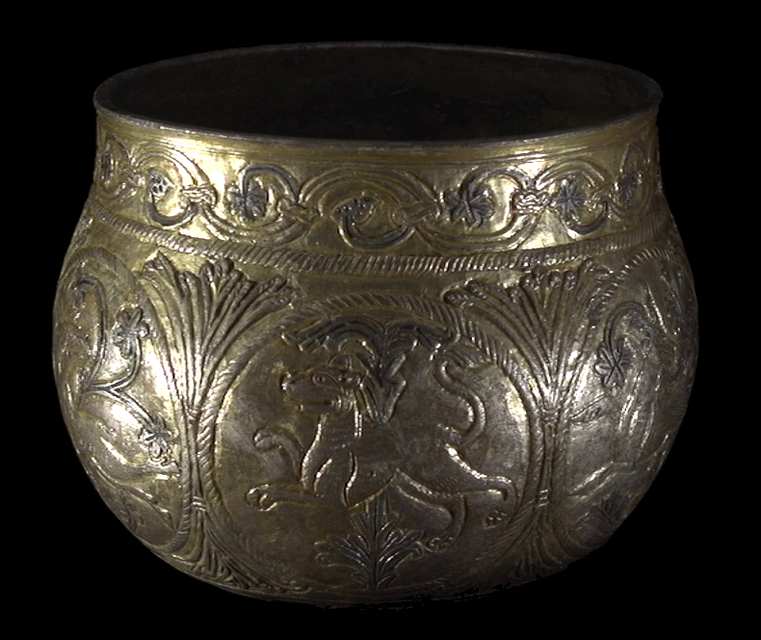