When did Ancient Egypt start and end? 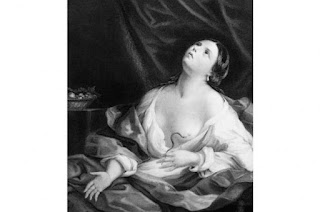 When did Ancient Egypt start and end?

When we think about ‘ancient Egypt’ we are usually imaginging the dynastic period; the time when Egypt was a united land ruled by a king, or pharaoh. This was the age of the pyramids, mummification and hieroglyphic writing.
The dynastic period started with the reign of Egypt’s first king, Narmer, in approximately 3100 BCE, and ended with the death of Cleopatra VII in 30 BCE. During this long period there were times of strong centalised rule, and periods of much weaker, divided rule, but basically Egypt remained one, independent land.
However, the dynastic period should be seen as part of a much longer, continuous history. Before Narmer united his kingdom, the land that was to become Egypt consisted of a series of sophisticated Neolithic city-states, supported by agricultural communities and linked together by trade. After Cleopatra’s death, Egypt was absorbed by Rome, but many of the old traditions continued.
Dr Joyce Tyldesley is a senior lecturer in the Faculty of Life Sciences at the University of Manchester, where she writes and teaches a number of Egyptology courses.
Posted by Mary Ann Bernal at 5:30 AM