Festive QI facts: 8 things you (probably) didn’t know about the history of Christmas The book of weird and wonderful trivia is compiled by members of the team behind the BBC Television series QI including John Lloyd CBE, the show’s creator; John Mitchinson, QI’s first researcher; James Harkin, QI’s Head Elf and producer of QI’s BBC Radio 4 show The Museum of Curiosity; and Anne Miller, a scriptwriter and researcher for QI. Described as a portal, the book features 1,342 factual nuggets about which readers can find out more by visiting qi.com/1342 and entering the page number of the fact that interests them. The book comes 10 years after the publication of the first QI book, The Book of General Ignorance.

Here we bring you eight historical festive facts featured in 1,342 QI Facts To Leave You Flabbergasted…

1) In the 17th century, Christmas turkeys walked from East Anglia to London in three months.

2) Murderous frogs featured on Victorian Christmas cards, along with children being boiled in teapots and mice riding lobsters.

3) After noticing that she washed up bare-handed, Margaret Thatcher sent the Queen rubber gloves for Christmas. 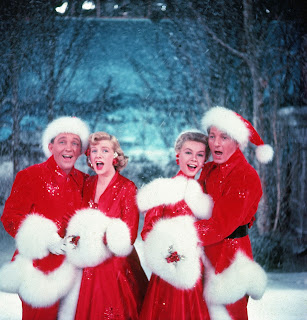 5) Orthodox Jewish couples abstain from sex on Christmas Eve. Rabbis used to advise them to pass the time tearing toilet paper instead.

6) Christmas presents in Greece aren’t delivered by Father Christmas but by Saint Basil.

7) Harper Lee’s friends gave her a year’s wages for Christmas 1956 so she could take time off to finish To Kill a Mockingbird.

QI Facts To Leave You Flabbergasted is published by Faber & Faber Ltd.
Posted by Mary Ann Bernal at 4:00 AM

Email ThisBlogThis!Share to TwitterShare to FacebookShare to Pinterest
Labels: history of Christmas