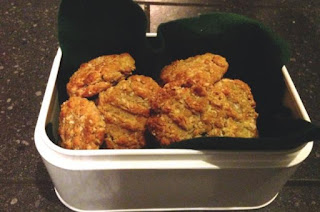 These nutritious and long-lasting biscuits are often associated with the Australian and New Zealand Army Corps. (Credit: Sam Nott)

Tasty, nutritious and easy to make, it’s not surprising that Anzac biscuits are still a popular snack in Australia and New Zealand, particularly on Anzac Day (25 April), which marks the anniversary of the first major military action fought by Australian and New Zealand forces during the First World War.

Method
Heat oven to 180C/fan 160C/gas 4. Put the oats, coconut, flour and sugar in a bowl. Melt the butter in a small pan and stir in the golden syrup. Add the bicarbonate of soda to 2 tbsp boiling water, then stir into the golden syrup and butter mixture.

Put dessertspoonfuls of the mixture on to buttered baking sheets – about 2.5cm/1in apart to allow room for spreading. Bake in batches for 8-10 mins until golden. Transfer to a wire rack to cool.

My verdict
I’ve often read that Anzac biscuits were sent out to New Zealand and Australian troops serving in Gallipoli during the First World War. According to the National Army Museum, though, this is a myth and most of these deliciously chewy biscuits were in fact sold at fetes and galas at home, often as part of fundraising efforts. You can imagine, though, that they would have been an ideal biscuit for soldiers: hearty, nutritious and long-lasting.

On a Monday morning, the BBC History Magazine team tucked into a few that had been left in the office all weekend: they still tasted just as good!

Recipe courtesy of BBC Good Food.
Posted by Mary Ann Bernal at 4:00 AM