Acta Diurna: The Telegraph of Ancient Rome, Bringing You All the Latest Gladiator Combat News 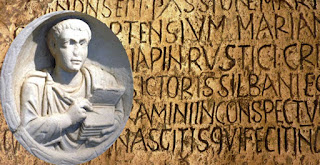 Roman emperor conquers new lands !’ ‘Five new ways to use your fish paste .’ ‘When do the stars say you will marry?’ ‘ Viae militares expand our reach to foreign lands.’ These may have been some of the headlines you would read in the Roman Acta Diurna – the daily notices many call the precursor to the modern daily newspaper.

The Roman Acta Diurna (translated from the Latin to mean ‘Daily Acts’ or ‘Daily Public Records’) were the daily public notices that were posted in certain public places around the ancient city of Rome. These notices kept the ancient inhabitants of Rome up to date with current events. They contained various forms of news, ranging from the official to entertainment, and even astrological readings. 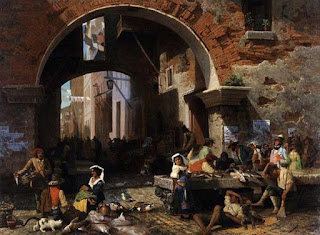 The Acta Diurna was posted in public places around the city. Content of the Roman Stone, Metal, or Papyri “Newspapers” The Acta Diruna is said to have first appeared around 131/130 BC during the Roman Republic. At this point of time, the Acta Diurna , which were known also as the Acta Popidi or Acta Publica , was carved on stone or metal. As the Acta Diurna were meant to reach a public audience, they were placed at public places, such as the forum, the markets, or the thermal baths. Initially these notices reported ‘serious’ news of importance to the Roman populace, such as the results of legal proceedings, and the outcomes of trials. 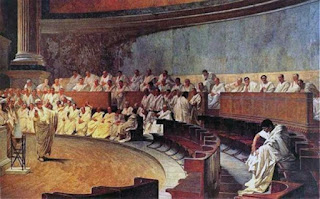 ‘Cicero Denounces Catiline’ (1889) by Cesare Maccari. ( Public Domain ) Representation of a sitting of the Roman Senate. Initially the notices reported ‘serious’ news of importance to the Roman populace, such as the results of legal proceedings, and the outcomes of trials.

As time went by, the range of topics reported by the Acta Diurna increased as well. The contents of the Roman notices began to include public announcements, such as military victories, and the price of grain. Apart from these, the Acta Diurna also included other pieces of noteworthy information, such as notable births, marriages, and deaths, as well as news about gladiatorial combats and other games that were being held in the city. The Acta Diurna even included a gossip column, which often contained the latest amorous adventures of Rome’s rich and famous.

By the time of the 1st century BC, the Acta Diurna was no longer carved on stone or metal. Instead, they were hand-written, most likely on sheets of papyri. They continued to be posted in public places, and after a couple of days, were taken down to be archived. Unfortunately, papyrus is not the most durable of materials, and no intact copy of the Acta Diurna is known to have survived till the present day. 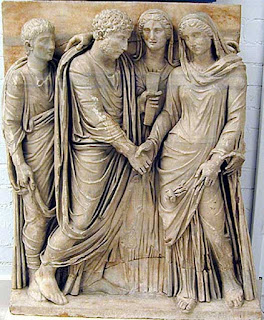 Fragment from the front of a sarcophagus showing a Roman marriage ceremony. ( CC BY SA 4.0 ) Notable marriages were mentioned in the Acta Diurna too.

The Acta Diurna were used also as a source of information by various ancient authors. Suetonius, the author of The Lives of the Twelve Caesars , for example, is said to have relied on the Acta Diurna for information about the dates and place of various births, deaths, and other important events. News form the Acta Diurna was also resourced by the Pliny the Elder, who wrote the encyclopaedic Natural History . In his work, Pliny recounted a story he read in the notices, which was about a faithful dog who followed his dead master’s body into the river at the funeral. Tacitus, who wrote The Annals and The Histories , saw the Acta Diurna as not worthy of reporting great historical events, but only good enough for trivial matters. Nevertheless, it is from this writer that we learn about the popularity of these notices, so much so that they were brought to the distant provinces of the empire by couriers. 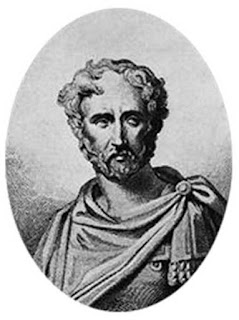 Pliny the Elder is one of the ancient authors who turned to the Acta Diurna for information.

By Wu Mingren
Posted by Mary Ann Bernal at 1:30 AM