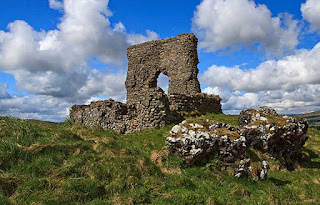 In Scotland, archaeologists believe that they have solved the mystery of an Iron Age fort in which stones had melted in a process termed vitrification. The team of experts studied the vitrified fort, known as Dun Deardail, in the Highlands, near Ben Nevis and have concluded that they can explain how its stones became molten and melted.

Vitrified Forts
Dun Deardail has been dated to have been built around 500 BC, based on carbon testing. It was occupied by the Celts and later by the fierce Picts who used it as a fortress. The outline of the original fort can still be seen today as grassy embankments and it sits a-top a hill, that once had strategic significance in the area. It is perhaps one of the best known of the vitrified forts in Scotland, along with Ord Hill, and has fascinated people for centuries. Many people visit the spectacular site set in stunning landscape every year. 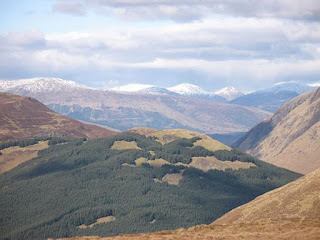 There are many similar vitrified forts in France and Ireland. It is estimated by the National Geographic that there are about 70 vitrified forts in Scotland and 200 in total in Europe. Scientists believe that to vitrify stone slabs that a heat of 2,000 degrees Fahrenheit or 1,100 degrees Celsius , is required. The question as to how Iron Age people managed to ignite such conflagrations with their crude technologies and limited capabilities has only added to the mystery.

The experts from the Forest Enterprise Scotland, working with Stirling University and local volunteers, believe that they have solved the enigma, reports the Scotsman. They believe that a large-scale wooden structure over the stone walls was set alight and the blaze reached such a temperature that it burned the stones. Have the team solved the mystery of the vitrified forts? 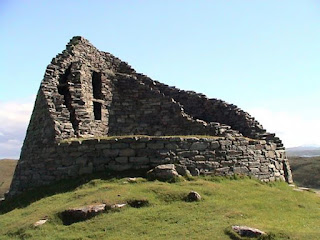 Solving the Mystery
In order to solve the riddle of the vitrification of forts in Scotland and elsewhere in Europe, a series of investigations have been carried out since at least the 1930s. These tried to duplicate the conditions that would have led to stone vitrifying. None of their results were especially convincing and the reasons for the melting of stone forts continued to be a mystery. The failure to provide a satisfactory theory encouraged all kinds of wild speculation. For example, the popular author, Arthur C Clark argued that the stones were melted and fused by some Iron Age superweapon if not an early atomic bomb.


Now the team led by an archaeologist from the University of Stirling have offered what they believe is the most plausible explanation for the phenomenon of the vitrification of stone citadels. The study has shown that a timber superstructure, which included ramparts and towers, was set alight and the resulting blaze heated the stones. The fire was so intense that is was able to melt stones because of the anaerobic environment that developed as the flames burned down into the stones. The absence of oxygen in the anaerobic conditions, made the fire much more intense and allowed it to reach the temperatures that would have burned the slabs until they melted and fused 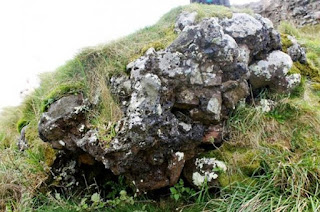 Fused stones. This was once part of a wall to the original hill fort at Dunnideer which gave the hill its name. ( CC BY-SA 2.0 )

The team is not only excited by the potential discovery of the cause of the vitrification process but also by the insights that it offers into the nature of Iron Age forts and society. The theory can help us to visualize what these forts looked like. They were impressive bastons with stone walls and according to Matt Ritchie, archaeologist with Forestry Enterprise Scotland they had ‘ roofed rampart walls many metres high’ . He also believes that the extensive wooden structures were used to store the precious food supply of the community.

It seems that the archaeologists and the team of volunteers have explained one of the most perplexing mysteries from the Iron Age. They have offered a rational and plausible explanation for the vitrification of forts without the need for far-fetched theories. However, according to Ritchie ‘ of course the mystery of why the forts were burned remains unresolved’ . It has been speculated that they were burned during war, as part of a religious ceremony or to mark the death of a monarch.

Top image: Dunnideer Castle, built on the site of a hillfort with a remaining vitrified rampart. ( CC BY-SA 2.0 )

By Ed Whelan
Posted by Mary Ann Bernal at 1:30 AM