What happened to Katherine Parr’s daughter, Mary Seymour, after her mother’s death? 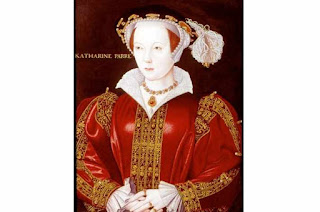 Following Katherine’s death a matter of days after Mary’s birth, the newborn’s father, Thomas Seymour, placed Mary in the household of his brother, the Duke of Somerset.

But the brothers’ relationship deteriorated and as Thomas faced death for treason, he appointed the Duchess of Suffolk, Katherine’s close friend, as Mary’s guardian.

The Duchess of Suffolk’s main estate was at Grimsthorpe in Lincolnshire and Mary moved there with her little retinue. Her guardian resented the cost of looking after Mary and petitioned William Cecil, then in Somerset’s household, for additional funds to support her. These were granted in autumn 1549, and in January 1550 an act of parliament restored Mary’s title to her father’s remaining property.

There was, however, very little left. The Privy Council’s grant to Mary was not renewed in September 1550 and she never claimed any part of her father’s estate, leading to the conclusion that she died around the time of her second birthday.

There is a story that Mary survived, cared for by the Aglionbys (a northern family who had once been clients of the Parrs), and married a courtier in the service of Anne of Denmark, queen of James I. In the absence of documentary proof, it seems far likelier that this tragic orphan died very young.

Answered by Linda Porter, author of Katherine the Queen (MacMillan, 2010).
Posted by Mary Ann Bernal at 1:00 AM