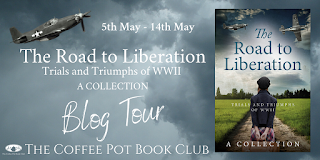 I could have been a famous actor. All I lacked was talent.

I could have served in WW2, but my feet were too flat, and I was too young.

I once played in a rock band. We made one record, now a rare collector’s item.

I like to discover a new word every day. Today’s word is “parergon.”

I could have been a professional golfer. All I lacked was talent.

English is my second language.

I can’t cook to save my life.

I hardly feel any physical pain (I recovered from surgery without taking a single painkiller and usually don’t notice that I accidentally cut myself until I see actual blood).

As a teen and in my early twenties, I performed on stage at our local theater and was seriously considering becoming a director, but life had other plans, so now I’m writing about them:) Another profession I seriously considered was a medical one (go figure!), but I ended up becoming a writer instead. Not that I’m complaining.

One of my early jobs was teaching kids horseback riding.

Contrary to some readers' beliefs, shared by my children, I didn't live through the war.

I fought off some bank raiders with a tea tray and teacups - Us Irish like our tea!

I once embroidered an Irish dancing costume just for fun - I can't thread a needle now.

In England, they think I am American due to my accent.

I can't hold a conversation in my native tongue.

As a child, I wanted to be a fisherwoman or a doctor or an actress.

Now matured, I regret, I didn’t become an archivist or an archeologist or an anthropologist.

In my soul, I envy Robinson Crusoe.

I love all things classical: literature, music, art and would prefer living in the 19th century.

I’m highly responsible. If I fail to accomplish something important for myself or others, I feel terrible.

I wanted to be Grizzly Adams when I grew up, writing stories and books, being on television each week, living in a cabin in the mountains, and being followed about by a pet grizzly bear.

After surgery, I can’t feel the second toe on my right foot anymore, and I often dream that it just falls off at very inconvenient moments.

When I was ten, my grandmother asked me what I wanted to be. I said, “Storyteller.” She said, “How will you make money?” I said, “I’ll write books.” She said, “So, you want to be an author? You’ll have to marry a doctor or a lawyer to support you.” Wrong thing to say to a fiercely independent kid, so I said, “Then I’ll be a veterinarian and an author, like James Herriot.” Today my answer is, “Then I’ll just be a better author.”

My husband and I met anonymously on the Internet only to find out that we knew each other from other circles. And when that became clear, I danced a little jig and dreamt that night I’d be married to him by the following spring. And that happened. I really hope the toe-falling-off thing doesn’t, though.

I live in the mountains, in a cabin, where I stream Netflix and Amazon prime each week, write books and stories and have a dog and cat - who follow me about. The cat can have a grizzly temper. (Sometimes you gotta make compromises). 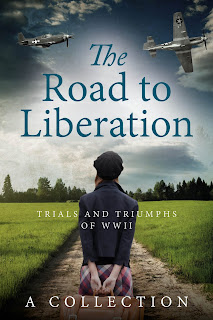 Riveting stories dedicated to celebrating the end of WWII.

From USA Today, international bestselling and award-winning authors comes a collection filled with courage, betrayal, hardships and, ultimately, victory over some of the most oppressive rulers the world has ever encountered.

By 1944, the Axis powers are fiercely holding on to their quickly shrinking territories.
The stakes are high—on both sides:

Liberators and oppressors face off in the final battles between good and evil. Only personal bravery and self-sacrifice will tip the scales when the world needs it most.

Read about a small child finding unexpected friends amidst the cruelty of the concentration camps, an Auschwitz survivor working to capture a senior member of the SS, the revolt of a domestic servant hunted by the enemy, a young Jewish girl in a desperate plan to escape the Gestapo, the chaos that confused underground resistance fighters in the Soviet Union, and the difficult lives of a British family made up of displaced children.

2020 marks 75 years since the world celebrated the end of WWII. These books will transport you across countries and continents during the final days, revealing the high price of freedom—and why it is still so necessary to “never forget”.

Stolen Childhood by Marion Kummerow
The Aftermath by Ellie Midwood
When's Mummy coming? by Rachel Wesson
Too Many Wolves in the Local Woods by Marina Osipova
Liberation Berlin by JJ Toner

Marion Kummerow was born and raised in Germany before she set out to "discover the world" and lived in various countries. In 1999 she returned to Germany and settled down in Munich, where she's now living with her family.

After dipping her toes with non-fiction books, she finally tackled the project dear to her heart. UNRELENTING is the story about her grandparents, who belonged to the German resistance and fought against the Nazi regime. It's a book about resilience, love, and the courage to stand up and do the right thing.

Marina Osipova was born in East Germany into a military family and grew up in Russia, where she graduated from the Moscow State Institute of History and Archives. She also has a diploma as a German language translator from the Moscow State Institute of Foreign Languages. In Russia, she worked first in a scientific-technical institute as a translator then in a Government Ministry in the office of international relations, later for some Austrian firms. For seventeen years, she lived in the United States, where she worked in a law firm. Eventually, she found her home in Austria. She is an award-winning author and a member of the Historical Novel Society.

Rachel Wesson is Irish born and bred. Drawn to reading from an early age, she started writing for publication a few years back. When she is not writing, Rachel likes to spend her time reading and playing with her three kids. Living in Dublin, there are plenty of things to do, although the Cowboys and Indians of her books rarely make an appearance. To chat with Rachel, connect with her on Facebook - authorrachelwesson. To check out her newest releases, sign up to her mailing list.

My background is in Mathematics and computing, but I have been writing full time since 2005. I write short stories and novels. My novels include the bestselling WW2 spy story 'The Black Orchestra,' and its three sequels, 'The Wings of the Eagle,' 'A Postcard from Hamburg,' and 'The Gingerbread Spy.'

Many of my short stories have been published in mainstream magazines. Check out 'EGGS and Other Stories' - a collection of satirical SF stories. I was born in a cabbage patch in Ireland, and I still live here with my first wife, although a significant part of our extended family lives in Australia.

Ellie Midwood is a USA Today bestselling and award-winning historical fiction author. She owes her interest in the history of the Second World War to her grandfather, Junior Sergeant in the 2nd Guards Tank Army of the First Belorussian Front, who began telling her about his experiences on the frontline when she was a young girl. Growing up, her interest in history only deepened and transformed from reading about the war to writing about it. After obtaining her BA in Linguistics, Ellie decided to make writing her full-time career and began working on her first full-length historical novel, "The Girl from Berlin." Ellie is continuously enriching her library with new research material and feeds her passion for WWII and Holocaust history by collecting rare memorabilia and documents.

In her free time, Ellie is a health-obsessed yoga enthusiast, neat freak, adventurer, Nazi Germany history expert, polyglot, philosopher, a proud Jew, and a doggie mama. Ellie lives in New York with her fiancé and their Chihuahua named Shark Bait.

Chrystyna Lucyk-Berger was born in Minnesota in 1969 and grew up in the culture-rich neighborhood of "Nordeast" Minneapolis. She started her writing career with short stories, travel narratives, worked as a journalist and then as a managing editor for a magazine publisher before jumping the editor's desk and pursuing her dreams of writing and traveling. In 2000, she moved to western Austria and established her own communications training company. In 2005, she self-published a historical narrative based on her relatives' personal histories and experiences in Ukraine during WWII. She has won several awards for her short stories and now primarily writes historical fiction. During a trip into northern Italy over the Reschen Pass, she stood on the edge of Reschen Lake and desperately wanted to understand how a 15th-century church tower ends up sticking out of the water. What stories were lying beneath? Some eight years later, she launched the "Reschen Valley" series with five books and a novella releasing between 2018 and 2021.

Amazon US
Amazon UK
Amazon CA
Posted by Mary Ann Bernal at 1:30 AM