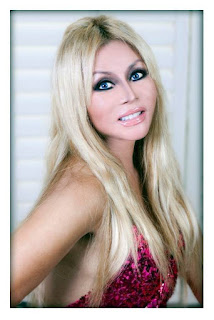 Dawna Lee Heising has acted in over 60 feature films and is the vice president of her mentor Aki Aleong’s Mustard Seed Media Group. Dawna is trained in Tang Soo Do martial arts, weapons (Jo-staff, kali sticks, guns), kickboxing, ballet, and pole dancing. She is a former Miss Los Angeles Chinatown, Ms. World, Ms. Universe, Miss San Francisco Universe, Miss Orange County Universe, Miss California Hemisphere, and Mrs. California United States, among many other titles.  She has a B.S. Degree in Business Management and an MBA from Pepperdine University. Her uncle is legendary director Tak Fujimoto, and her cousins George Daugherty and David Wong won a Primetime Emmy Award for “Peter and the Wolf on Broadway.” 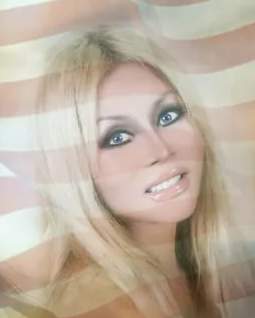 “Finding Purpose: The Road to Redemption” is the story of John Kayhill, a U.S. Army veteran of the Bosnian War, who is trying to overcome the effects of the PTSD he suffered.  His wife Skye, his mentally disabled brother Rod and he journey on an old sidecar motorcycle that was given to John by a close war buddy, who had recently passed away from a heart attack.  John decides to travel to the family of one of his fallen veteran brothers in an attempt to bring closure for them, but also for him. The film follows the trio through an inspirational journey of trials and triumphs, which enables John to find his road to redemption.

“Finding Purpose: Road to Redemption” earned the Best Feature Film Award at the 2019 Hollywood Silver Screen Film Festival, and was slated to be shown at the 2020 Tribeca Film Festival and nationally through AMC Theaters, before the pandemic hit.
The film is available on Amazon Prime Video 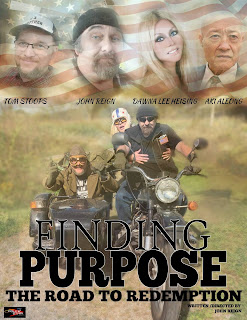