The Ritual by Mark Barry - behind the scenes 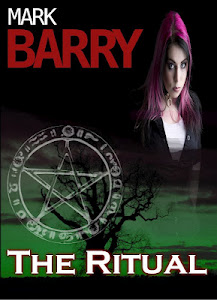 The Ritual by Mark Barry

The Ritual, at 130,000 words, is Green Wizard’s longest piece of continuous work. It is horror, but like all Green Wizard books, it is written with a difference.

But first, a digression.

In 1982, at eighteen, as a student, I started work on a horror novel based on the magnificent cover of the first Black Sabbath album.


I bought a secondhand typewriter and wrote most of it in a bedsit, where I lived with my then girlfriend, Julie.  (The rent was eleven pounds a week and it didn't change for three years).

I wrote it in a huge bay window and I wrote most of it with the curtains open as I watched the people of  walk and drive by.


Writing with a typewriter is proper work. You have to really push the keys and you can’t write 2.5 k per day without causing serious repetitive strain injury before long. That’s why many of the books in the decade after the typewriter were much shorter and faster. Health reasons. You had to replace the ribbons (which was quite an expensive exercise ) and there was just the one choice of font. You crossed out mistakes and then, when you’d finished, you went back and rewrote the manuscript, eliminating the mistakes. 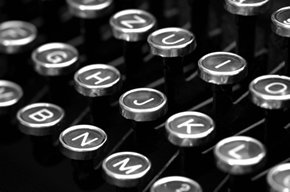 If you wanted a copy for yourself, you inlaid the sheet of paper on which you were writing with royal blue carbon paper.

After a while, you got used to it and some of the original manuscripts are works of art. The ones that survive from the golden era of writing in the fifties are worth money – the basis of my book “Hollywood Shakedown”.

Writing on a word processor is fantastic – and, as I wrote the other other day – has democratised writing and created an explosion of creative talent  and desire the world over. But writing a complete manuscript on a typewriter it something else.

(Any of you do it? I’m toying with the idea of doing so for Christmas to see what it’s like, whether I'm remembering something through rose tinted spectacles).

This is what my books are like, btw. Massive digressions.

So I wrote the manuscript and handed it to my friend Phil Hill to read. Excitedly, I awaited his response.

“I much prefer your assessed essays,’ he said, looking quite guilty.

So discouraged was I, I didn’t write a complete manuscript again for twenty three years.

The manuscript was thrown in with my diaries, cards and love letters from my then girlfriend Julie (whom I was going to marry, who I loved with rare enthusiasm, until she shagged a soldier (or a sailor) on a student bingo one night on Union Street, transforming a naïve young lad from Nottingham into the elephant-skinned cynic he is today), into a suitcase and stored in my dad’s loft.

I tried to look for it a while back, but it had gone. Probably for the best.

The Ritual, which was written from January to March 2012, is the son and daughter of that manuscript. At the time, in the eighties, I was reading King, Herbert, Sharman, Hawkey, the amazing Peter Straub, the last embers of the New English Library literati, and anything I could get my hands on.

I must have read every single modern horror paperback printed between 1980 and 1985. Then I stopped. Just like that. I was no longer interested in horror fiction. The desire just left me behind.

So why The Ritual?

I guess it was something from my unconscious, a debt to be paid to all those authors who taught to me to read and write more than any English teacher did at the rather brutal school I was forced to attend as a child.

But mainly, I wrote it because I realised that no one writes long books any more.

Almost every book I read in those years, (the late seventies to the middle eighties), was a long read, a shoebox, a doorstop sandwich.

Something which could last at least a week of a fortnight’s beach holiday in Benidorm. A book you couldn’t slide into a jacket pocket. And all this with size ten Times New Roman. Big books.

After a standard sized opener (Carrie), shockmeister Stephen King wrote three long classics in a row: The Shining, which is a monster of a book and possibly the greatest horror book ever written, Salem’s Lot, which is a long, long book about vampires which still has the capacity to curdle milk, and most colossal of all, The Stand.

Not particularly horror, but very, very long and scary in parts. King memorably described the latter as his Vietnam War and it nearly drove him mad.

His friend and confidante Peter Straub seemed incapable of writing a short book at the time and wrote three increasingly scary novels - a loose horror trilogy, Shadowland, the brilliant Ghost Story, and the book that most inspired The Ritual, the unbelievable Floating Dragon. 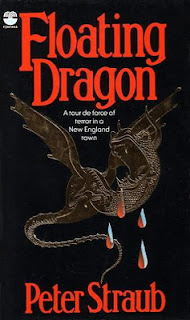 Other authors followed suit with the big long books: There’s the magnificent Harvest Home by Thomas Tryon (which will knock your head off) and Judgement Day by Nick Sharman. Long long books. You can still find these books now in second hand shops and online.

The reincarnation of the blockbuster

Then, as soon as I disappeared from the world of horror fiction, it appeared that so did the long novel.

When I started writing, I was surprised to see that Amazon classed 50,000 words as a Novel and 80,000 words as moving into Epic territory. I had to laugh. I wouldn’t buy a book as short as 50k. I’d only just be getting into it and I would feel cheated. It seems that not only music, films and TV had descended into dumbed down status.

So, bearing all this in mind, I decided to write a horror novel. A big, epic horror blockbuster.

My favourite genre in horror is the Resurrect Lucifer genre.

Satan Worshippers. You can keep vampires and zombies and all that – they don’t exist and thus, I am uninterested in reading about them,

But near me, is a coven of witches.

Near where I live, in a small village near , there is rumoured to be a sect of wife swapping devil worshippers from all over the  who sacrifice goats, and black chickens and white cockerels on certain nights of the year.

Near me, are Druids.

Real people. Messing about with the occult. Some of them are trying to resurrect Satan.


The motif for Green Wizard is Ordinary People. Extraordinary Situations. The Ritual fits it like a glove.

So The Ritual is about a satanic cult of American devil worshippers who follow a mother and a daughter from  to the prosperous town of .

It’s not clear why they do so. Mum (the MILFY, Lindsay Wagner look-a-like, Phillippa) and Daughter (the angry, outlandish, hating Emo, Jennifer), are unaware of the stalking until strange things start to happen in their lives.
And the strangeness transfers to the posh, insular people who live in the town which begins to erupt.

The church is taken over by the handsome and popular American, The Reverend Starkweather. Shops are bought for amazing prices and before you know it, the Americans are coming in force. Soon. You cannot get a hotel room anywhere. There is an event coming to Wheatley Fields. A once in a lifetime event.

Oblivious, Phillippa and Jennifer try to get on with their lives – until one day, it’s too late.

It’s wacky, intense, bloody, sexy, fast paced, cheeky, gory, political, has a core of social comment and a skin of bleak 2012 reality, and it ends in a Crank-style climatic bloodbath I haven't seen in years.

Chapter's 36 and 41 are well over the top, as are the Uppity Box chapters. The characters are engaging and likeable, even when they are no supposed to be. There are references to over fifty Hammer Horror films.

And there three twists which none of my proofreaders spotted.

Talking about myself? I generally hate  my own work and I absolutely detest having to market my work on FB, Goodreads and worst of all - the absolute worst of all - Twitter.

But I can read this book over and over again.  It has everything I want to read in a book.

Gosh, that was a long and self indulgent article!! Enjoy. Love, Wiz xx

Oh. The original title for The Ritual was The Daughter of Satan

Visit Mark Barry's author page at Amazon for a complete selection of his work.
UK
http://www.amazon.co.uk/Mark-Barry/e/B008479RWI/ref=ntt_athr_dp_pel_1