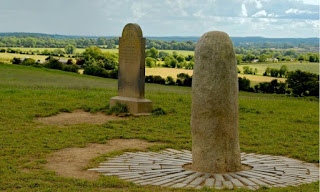 Lia Fáil is a stone found at the Inauguration Mound on the Hill of Tara in County Meath, Ireland. Also known as the Coronation Stone of Tara, the Lia Fáil served as a coronation stone for the High Kings of Ireland. According to legend, all of the kings of Ireland up to Muirchertach mac Ercae, 500 AD, were crowned on the stone. Lia Fáil has been translated to mean “stone of destiny.” 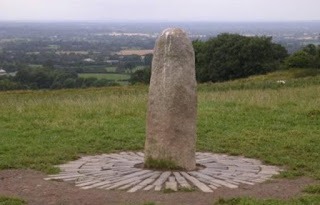 The Stone of Destiny, Lia Fáil, found on the Hill of Tara in Ireland. Wikimedia, CC

According to a collection of writings and poems known as the Lebor Gabála Érenn, the semi-divine race of the Tuatha Dé Danann were responsible for bringing the Lia Fáil to Ireland. They traveled to the Northern Isles to learn many skills and magic in the cities of Falias, Gorias, Murias and Findias. They traveled from the Northern Isles to Ireland, bringing a treasure from each of the cities, including the Lia Fáil, the Claíomh Solais or Sword of Victory, the Sleá Bua or Spear of Lugh, and the Coire Dagdae or The Dagda's Cauldron. The Lia Fáil is said to have come from the city of Falias. Many believe that this legend explains how the stone arrived in Ireland. 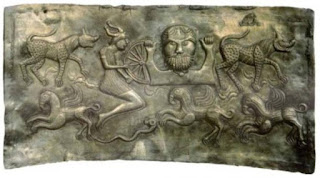 A plate of The Dagda, representing the legendary members of the Tuatha Dé Danann. Public Domain

One traditional tale about the Lia Fáil is that long ago the stone would utter a shout, or would “roar with joy” whenever a king of the true Scottish or Irish race stood or sat on the stone, or placed his feet upon it. Stones that make sounds or speak are a common component in old Irish folk tales. Through the stone’s power the king would be rejuvenated and would enjoy a long reign. According to the legend, Cúchulainn was angered when the stone did not cry out for his protégé, Lugaid Riab nDerg. In retaliation, Cúchulainn struck the stone with his sword, splitting it. From that day forward, the stone never cried out for anyone again, except for Conn of the Hundred Battles. Although Cúchulainn had split the stone in anger, seemingly destroying the powers that allowed it to cry out, the stone roared under Conn, according to the the Lebor Gabála Érenn. However, in another writing, Baile in Scáil, Conn only walks over the stone by accident, as it had been buried after being destroyed by Cúchulainn. Regardless of whether Conn tread upon the stone intentionally, or by accident, it is said it roared for him, and legend held true as Conn enjoyed a long reign as king. 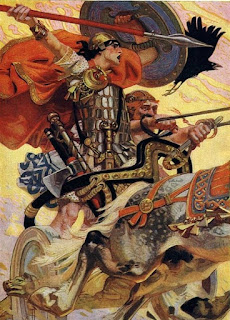 Cúchulainn, is the central character of the Ulster (Ulaid) cycle in the in medieval Irish mythology and literature. According to tale, he split the Stone of Destiny in anger. Public Domain

The Lia Fáil remains erect on the Hill of Tara to this day, a site which has been in use by people since Neolithic era. It is a menhir, or upright standing stone, and many such prehistoric stones were thought to be magical by later cultures. The ancient history of the stone provides a strong symbolic link between the Celtic people of Scotland and Ireland. 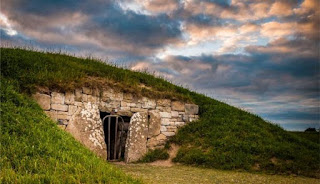 The Hill of Tara is an archaeological complex featuring many ancient monuments, such as the ‘Mound of Hostages’, seen above. In tradition Hill of Tara is known as the seat of the High Kings of Ireland. Wikimedia, CC

The Irish legends surrounding the stone have been retold and reimagined over time, but the stone remains a symbol of the kings who were crowned upon it, and represents the mythical powers which caused the stone to roar with joy when a king stood upon it. Unfortunately, the stone has been vandalized on two occasions. In 2012, it was struck repeatedly with a hammer, leaving eleven areas of damage. In 2014, red and green paint were poured over the stone, covering 50% of the surface. In spite of this damage, the symbolism of the Lia Fáil within Irish culture remains.