How many executions was Henry VIII responsible for? 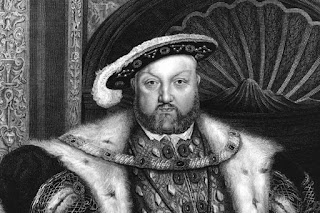 It is impossible to tell for sure, and historians have no definitive number. It is estimated that anywhere from 57,000 to 72,000 people were executed during Henry’s 37 years’ reign, but this is likely to be an exaggeration.

Henry’s break with Papal authority, and his second marriage – which was not sanctioned by the Pope – caused a rift between Henry and certain individuals at court, many of whom he knew well, and in some cases was close to.

Those who either refused to adhere to his Act of Succession or those considered to be heretics were executed, but Henry also executed numerous potential rivals to the throne; two wives and their alleged lovers; leaders of the Pilgrimage of Grace, and his trusted advisor, Thomas Cromwell.