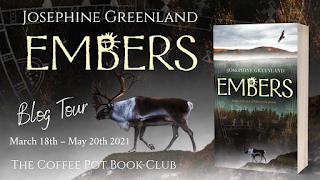 17-year-old Ellen never wanted a holiday. What is there to do in a mining town in the northernmost corner of the country, with no one but her brother Simon – a boy with Asperger’s and obsessed with detective stories – for company?

Nothing, until they stumble upon a horrifying crime scene that brings them into a generations-long conflict between the townspeople and the native Sami. When the police dismiss Simon’s findings, he decides to track down the perpetrator himself. Ellen reluctantly helps, drawn in by a link between the crime and the siblings’ own past. What started off as a tedious holiday soon escalates into a dangerous journey through hatred, lies and self-discovery that makes Ellen question not only the relationship to her parents, but also her own identity. 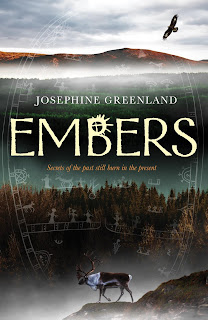 Author Interview
Josephine Greenland
Please tell us a little about yourself.

I am Swedish-British writer born and raised in a small town west of Stockholm called Eskilstuna. I moved to the UK for university, studying English at the University of Exeter and then an MA in Creative Writing at the University of Birmingham. After this, I went to Thailand to teach English as a foreign language and lived there for six months, and then to Austria to teach at a summer camp. I currently live in Edinburgh where I got my teacher qualification in Secondary English and am reaching the end of my probationary year here. Have currently no idea where I will be whisked off to after that! I am a globe trotter and love living in different countries, so hope to be able to do this once things settle down a bit and travel possibilities return. I also play music (violin and piano) and love hiking with my family.

I started writing at about age nine. I wrote one short story and then one novel about horses, before delving into fantasy and beginning a high fantasy novel which I worked on back and forth for seven years (!), from 12-19. I didn’t start writing seriously in English, though, with the aim to get published, until I started university.

I was a finalist in the Literary Taxidermy 2020 competition by Regulus Press, winner of the Bumble Bee Flash 2019 Competition by Pulp Literature, Runner-up in the Summer Solstice 2018 Competition by Hard Time Moon and winner of the Fantastic Female Fables Competition 2017 by Fantastic Books Publishing (those stories were all then published in the anthologies). Other journals and online magazines that feature my work include: Toasted Cheese, Aloka Magazine, The Conceptualist, AHF Magazine, Litro, Plum Tree Tavern, Porridge Magazine, Literary Yard, Soft Cartel Mag, and Dream Catcher.

Tell us about Embers

Embers is a YA Mystery and crime novel set in the fictional mining town of Svartjokk in northern Sweden. It tells the story of 17-year-old Ellen Blind, who travels to Svartjokk with her brother Simon, a 14-year-old with Aspergers. They’re on a holiday arranged by their parents, who claim that the siblings should bond, visit the birthplace of their late grandfather, Lars-Erik, and discover their Sami roots. Ellen, though, knows that her parents also want them out of the way so they can sort out their marital problems. The holiday turns upside down when the siblings discover reindeer heads in the forest. Simon’s findings at the scene suggest the reindeer have been poisoned, and he suspects people in the town. Frustrated with the police’s lack of interest, he is determined to solve the case himself. The siblings’ investigation takes them to the local Sami village and the owner of the dead reindeer, Per-Anders Thomasson. It turns out that Per-Anders knows far more about Lars-Erik’s past than the siblings did. The more they learn, the more Ellen suspects that the reindeer killing is somehow connected to their grandfather and the reason he left his home-town and the Sami community behind. As Ellen and Simon are to discover, embers of the past rarely burn out.

It came to me when I started the third draft during my MA (the opening of the novel was my dissertation project). I realized that the key concept/motif in my novel was that no matter how hard we try to repress the secrets of our past, they will always come back to haunt us unless we confront them and acknowledge them in the open. Like embers, glowing in the background in the hearth, hard to spot at first, but still there nevertheless.

My travels with my brother to northern Sweden. Some of the activities we did are all featured in the book, the mining town we stayed in became Svartjokk in my novel, and the relationship between siblings Ellen and Simon is also loosely based on us. The crime in the novel is based on a true crime that happened not far from the town where we stayed: two teenaged girls discovered reindeer bodies laid out in a circle in the forest, but the perpetrator was never found. I felt compelled to write a book in which the guilty party was found.

I am currently finishing the third draft of my second novel, a literary thriller for adults. Like Embers, it is set in Sweden, but closer to home, describing the hunting community and small-town life close to where I grew up, and the secrets and conspiracies that can take place within a family. It is also loosely based on a real incident that happened in the area, about wolf hybrids roaming the countryside and passing through towns, which had to be tracked down and shot.

Hiking and travelling. I think it’s very important to broaden your horizons and learn about different cultures – especially for writers! I also enjoy playing in orchestras and dancing.

Do you have any advice for other authors?

It is never too early to share your work with other writers/readers. Perfection does not exist and striving for it before you’re willing to share your story can kill the heart of the work. Throw yourself into whatever opportunities come your way, and actively seek out opportunities, in equal amounts.

And finally, can you tell us some fun facts about yourself, such as crossed skydiving off my bucket list.

I play five instruments (or used to, when I wasn’t writing as much). I have a black cat who often watches me write when I’m at home. I’ve done bamboo rafting in Thailand which was probably the hardest and scariest balancing act I’ve ever pulled off! 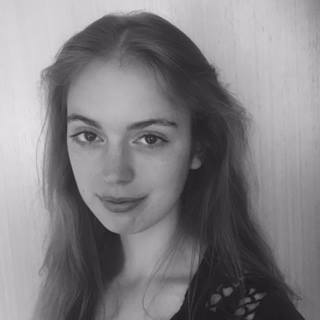 Josephine is a Swedish-British writer from Sweden, currently working as an English teacher in Edinburgh. She has a BA in English from the University of Exeter, and an MA in Creative Writing from the University of Birmingham. She started writing novels at the age of nine but only began writing seriously in English while at university, for her first creative writing course (2015). Since then, she’s had 14 short stories published, won two competitions, and been shortlisted twice. Embers is her first novel, inspired by her travels in northern Sweden with her brother, and was her dissertation project for her MA. When not writing, she enjoys playing music, jogging, hiking, and discussing literature with her cat. 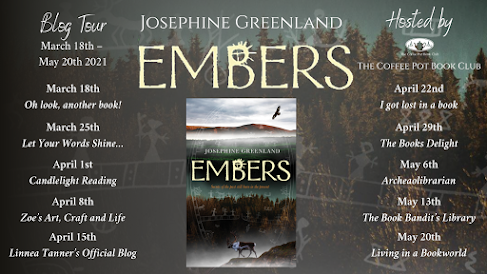