Spotlight on Renee Yancy, author of The Test of Gold (Hearts of Gold, Book 1) 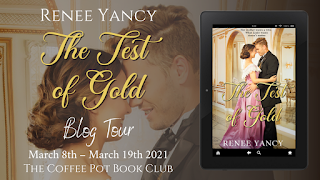 Raised in the shadow of a mother who defied convention, but won’t allow her own daughter the right to make the same choices, heiress Evangeline Lindenmayer has been groomed since childhood to marry into the British aristocracy.

When Lindy challenges her mother’s long-laid plans by falling in love with a poor seminary student, the explosion is bigger than the Brooklyn Bridge fireworks on Independence Day. 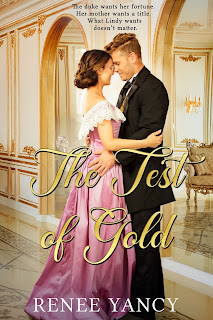 (Stuff you may or may not know!)

I grew up Catholic and for many years I wanted to be a nun. When all my mom’s white towels went missing from the linen closet, my parents knew I had taken them to create a nun’s habit. For years, I begged my Dad to let me go into the convent after 8th grade. Wisely, he said if I still wanted to be a nun after I graduated high school, I could go then. In high school I discovered boys, and that was the end of my "vocation."

I also wanted to be an archaeologist. (I don’t remember how I thought a nun and an archaeologist could be combined!) In the 60s, my Dad brought home a full-color coffee table book about the discovery of Tutankhamun’s gold-filled tomb and I was an Egyptophile from then on. Mummies fascinated me, and my love of archaeology was born. This is reflected in some of my blog posts.

Thirdly, as a young, rather naïve woman, I thought God was calling me to be a missionary. So I went to India for three months with another young lady who thought the same thing. We had wildly varying experiences while there, from staying at the Intercontinental Hotel in New Delhi, living in a houseboat in Srinagar for two weeks, and visiting remote missionary outposts and sleeping on charpoy beds.

Another fun fact about me is I love to play practical jokes. One time I dyed all my boyfriend’s underwear pink. Another time I created a fake birthday cake for a friend using foam and real frosting. When she tried to cut into it, the whole cake came up on the knife. Another adult friend used to complain about tacky Christmas displays in her neighborhood. So one day while she was out I set up a giant blow-up Santa, lighted candy canes, Rudolph the red-nosed reindeer, and a big lighted sign that flashed “Santa, please stop here” in her front yard. She was so surprised she drove right past her house.

My last fun fact is that I love pasta in just about every shape and form. Give me a big bowl of spaghetti and meatballs and I’m happy. It’s my go-to comfort food. I grew up outside the city of Buffalo, in New York State in the USA. My town, Tonawanda, was quite ethnic, although I didn’t realize it until I became an adult. Tonawanda was heavily Italian and Polish. I was taught by Polish nuns from the "old" country and thought it was normal to have pierogi, golabki, and kielbasa on the lunch menu! To this day, I have a soft spot for Italians and Poles. 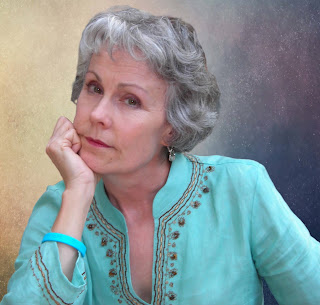 Renee Yancy is a history and archaeology nut who writes the kind of historical fiction she loves to read – stories filled with historical detail that immerses you in another place and time. When she isn't writing historical fiction or traveling to see the places her characters have lived, she can be found in the wilds of Kentucky with her husband and two rescue mutts named Ellie and Charlie. 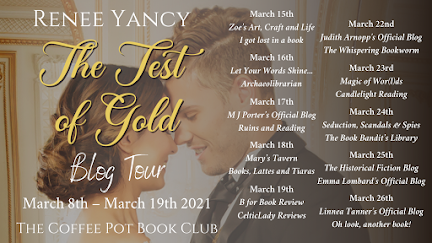