Spotlight on Tracey Warr, author of The Anarchy (Conquest, Book 3) 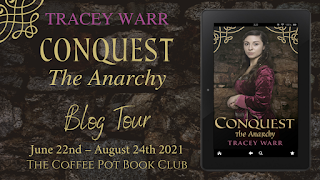 Unhappily married to Stephen de Marais, the Welsh princess, Nest, becomes increasingly embroiled in her countrymen’s resistance to the Norman occupation of her family lands. She plans to visit King Henry in the hope of securing a life away from her unwanted husband, but grieving for the loss of his son, the King is obsessed with relics and prophecies.

Meanwhile, Haith tries to avoid the reality that Nest is married to another man by distracting himself with the mystery of the shipwreck in which the King’s heir drowned. As Haith pieces together fragments of the tragedy, he discovers a chest full of secrets, but will the revelations bring a culprit to light and aid the grieving King?

Will the two lovers be united as Nest fights for independence and Haith struggles to protect King Henry? 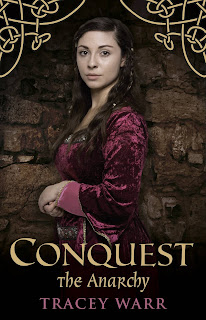 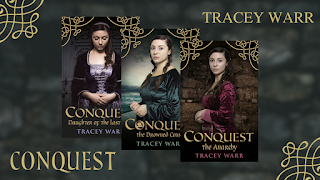 Fun Facts
(Stuff you may or may not already know.)

I was elected May Queen at my primary school when I was aged 11. My mum made me a long white dress. I had a floral crown, a floral throne, a herald, sceptre bearers, and a pageboy and I presided over the Maypole Dancing. My knicker elastic broke during the procession, which made my gait even more stately but nobody else knew due to the long dress.

I was swimming team captain at my secondary school and competed in diving and backstroke swimming at county level. Nowadays I have more stamina than speed, but I still love to swim in the river outside my house in France every day during the warm months.

In my 20s I was banned from a nightclub in Newcastle in the north of England for dangerous dancing.

I don’t drive but that hasn’t stopped me travelling to many places around the world. I toured solo around New Mexico and Arizona on Greyhound buses.

I live in a tiny medieval house in southern France. When I bought it ten years ago, it had no hot water, no bathroom, and the balcony was falling off in chunks. When I first collected the enormous medieval key and let myself into this dank, dark hovel I thought I had made a serious mistake. But several years and some gifted tradespeople later, it is a heavenly writing spot with a spectacular view of the river and a friendly community of people. I’m very glad I took the risk back then.

Tracey Warr (1958- ) was born in London and lives in the UK and France. Her first historical novel, Almodis the Peaceweaver (Impress, 2011) is set in 11th century France and Spain and is a fictionalised account of the true story of the Occitan female lord, Almodis de la Marche, who was Countess of Toulouse and Barcelona. It was shortlisted for the Impress Prize for New Fiction and the Rome Film Festival Books Initiative and won a Santander Research Award. Her second novel, The Viking Hostage, set in 10th century France and Wales, was published by Impress Books in 2014 and topped the Amazon Australia charts. Her Conquest trilogy, Daughter of the Last King, The Drowned Court, and The Anarchy recount the story of a Welsh noblewoman caught up in the struggle between the Welsh and the Normans in the 12th century. She was awarded a Literature Wales Writers Bursary. Her writing is a weave of researched history and imagined stories in the gaps in history.

Tracey Warr studied English at University of Hull and Oxford University, gaining a BA (Hons) and MPhil. She worked at the Arts Council, Institute of Contemporary Arts, Chatto & Windus Publishers, and edited Poetry Review magazine with Mick Imlah. She also publishes art writing on contemporary artists, and in 2016 she published a future fiction novella, Meanda, in English and French, as part of the art project, Exoplanet Lot. She recently published a series of three books, The Water Age, which are future fiction and art, and writing workshop books - one for adults and one for children - on the topic of water in the future. She gained a PhD in Art History in 2007 and was Guest Professor at Bauhaus University and Senior Lecturer at Oxford Brookes University and Dartington College of Arts. Her published books on contemporary art include The Artist’s Body (Phaidon, 2000), Remote Performances in Nature and Architecture (Routledge, 2015) and The Midden (Garret, 2018). She gained an MA in Creative Writing at University of Wales Trinity St David in 2011. She is Head of Research at Dartington Trust and teaches on MA Poetics of Imagination for Dartington Arts School. 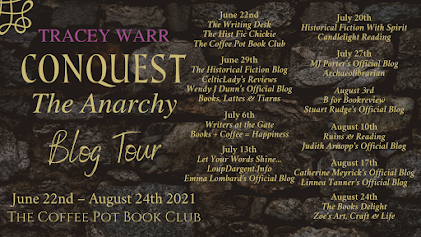