When did medical practitioners start to be called ‘doctor’? 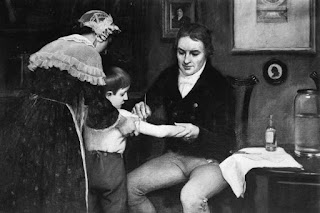 Anyone with a doctorate can be called ‘doctor’. The doctor’s degree was a product of the medieval universities; this higher degree simply conferred the right to teach.

It could be in law, theology, philosophy or medicine (and other disciplines now). The medical hierarchy of practitioners was physician, surgeon and apothecary, and each had defined functions. Physicians, who had gone to university, were the real ‘doctors’, and surgeons and apothecaries, who trained by apprenticeships, were ‘mister’.

But the verb ‘to doctor’ is also very old, and has meanings outside medicine too: to change something, whether in a human body or an inanimate object. This ‘doctoring’ verb made it easy to call medical practitioners ‘doctors’. The rise of the surgeon-apothecary from the mid-18th century consolidated this shift in address. This new group, the ancestor of the modern GP, took care of the whole family: diagnosing, delivering babies, compounding and dispensing drugs, and other surgical tasks.

Edward Jenner, pioneer of vaccination against smallpox and a medical practitioner, would have been called ‘Dr’ Jenner, whereas his teacher, the famous John Hunter (1728–93), would, as a pure surgeon, have been addressed as ‘Mr’ Hunter. Neither Jenner nor Hunter had doctorates, unlike university-trained physicians at the time.