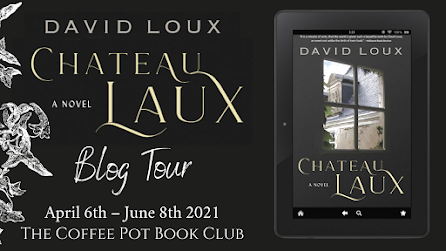 A young entrepreneur from a youthful Philadelphia, chances upon a French aristocrat and his family living on the edge of the frontier. Born to an unwed mother and raised by a disapproving and judgmental grandfather, he is drawn to the close-knit family. As part of his courtship of one of the patriarch’s daughters, he builds a château for her, setting in motion a sequence of events he could not have anticipated. 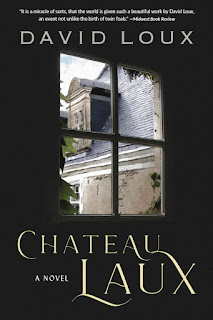 (Stuff you may or may not know!)

I actually worked for food.  I was headed up the west coast of the US on my way to Alaska when I ran out of money in a town called Arcata.  There I met a bookstore lady who needed help unpacking a large publisher shipment.  She couldn’t afford to pay for the help she needed and I had no money for food.  The solution was that I hefted the boxes and shelved the books and she shared her sandwich with me.

I was struck by lightning when I was about eight and never told a living soul until recently.  Perhaps you see issues with openness and transparency . . .  When I told my wife about the incident, she just shook her head in that knowing way of hers and said, “That explains everything!”

While I enjoy wildlife, I recently got a little too close to a black bear.  I was on the patio of our Sierra home after dark, using my stargazer, when I heard a sound and glanced over to find a 300-pounder five feet away.  After a bit of explosive vocalizations from both parties, we came to a mutual agreement on a tactical retreat.

I have a BA in History, a BA in Political Science, an MFA in English, and ended up as a winery consultant.  I’m not saying my education drove me to drink . . .

I once broke my son out of his elementary school classroom because the redtail surfperch were running.  He later confided the occasion was a defining moment of his childhood. 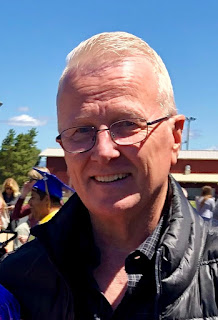 David Loux is a short story writer who has published under a pseudonym and served as a past board member of California Poets in the Schools. Chateau Laux is his first novel. He lives in the Eastern Sierra with his wife, Lynn. 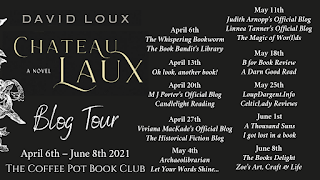