Spotlight on Andrea Matthews, author of Ride with the Moonlight (Thunder on the Moor, Book 2) 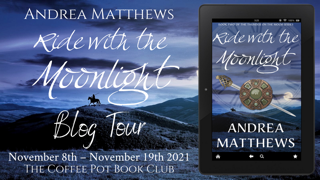 After rescuing sixteenth-century Border reiver Will Foster from certain death at her family’s hands, time traveler Maggie Armstrong finally admits her love for the handsome Englishman, though she can’t rid herself of the sinking suspicion that her Scottish kin are not about to let them live in peace. What she doesn’t expect is the danger that lurks on Will’s own side of the Border. When news of their plans to marry reaches the warden, he charges Will with March treason for trysting with a Scot. Will and Maggie attempt to escape by fleeing to the hills, but when Will is declared an outlaw and allowed to be killed on sight, they can no longer evade the authorities. Will is sentenced to hang, while Maggie is to be sent back to her family. Heartbroken, she has no choice but to return to Scotland, where her uncle continues to make plans for her to wed Ian Rutherford, the wicked Scotsman who she now realizes murdered her father in cold blood. With Will facing the gallows in England, and herself practically under house arrest in Scotland, she continues to resist her uncle’s plans, but her efforts are thwarted at every turn. Will’s family, however, is not about to stand by and watch their youngest lad executed simply because he’s lost his heart to a Scottish lass. A daring plan is set into motion, but will it be in time to save Will’s life and reunite the lovers? Or will Ian’s lies prompt Maggie’s family to ensure the bond between them is forever destroyed? 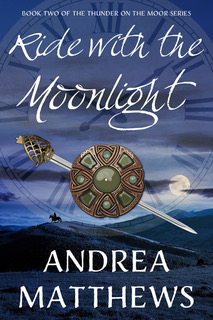 This novel is available on #KindleUnlimited

I used to be a docent at a living history museum. I can cook a roast turkey over an open hearth, make a pie in a beehive oven, and learned to quilt by hand. It took me an hour to get dressed in the morning, but only about ten minutes to shed it when I got home. 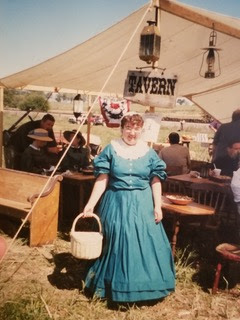 I was also a Civil War reenactor and once took part in large reenactments at Bull Run and Antietam. I have to say, when the boys spent the night in camp, my friend and I opted for a room in the local hotel. 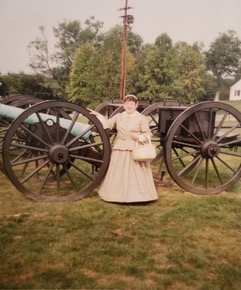 I was on my college fencing team for four years, and once went La Belle with an Olympic champion. She got the last touch, which ultimately is the only one that counts. I remember it well, though I’m sure I didn’t leave her with much of an impression.

I try to collect a few items that are prominently represented in my books. I have a burgonet and a basket-hilted sword from the Thunder on the Moor. I keep them on my mantle, where I can look at them for inspiration if I need to. 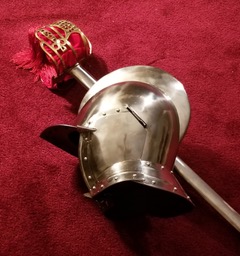 My ancestors came to America at different stages. On my father’s side, I have ancestors that came over in 1636 with the Winthrop fleet, while my mother’s ancestors included Potato Famine Irish. I love researching my genealogy and learning little stories about those who came before me. Sometimes they even spur my imagination to come up with another story. I got the idea for the Thunder on the Moor series while researching my husband.s genealogy. The idea of the Border Reivers intrigued me, so of course, I had to use Foster as my hero’s last name. 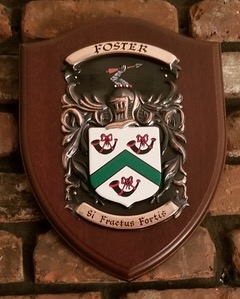 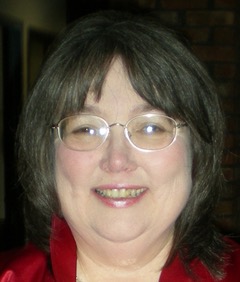 Andrea Matthews is the pseudonym for Inez Foster, a historian, and librarian who loves to read and write and search around for her roots, genealogical speaking. She has a BA in History and an MLS in Library Science and enjoys the research almost as much as she does writing the story. In fact, many of her ideas come to her while doing casual research or digging into her family history. She is the author of the Thunder on the Moor series set on the 16th century Anglo-Scottish Border, and the Cross of Ciaran series, where a fifteen hundred-year-old Celt finds himself in the twentieth century. Andrea is a member of the Romance Writers of America. 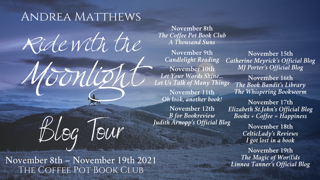